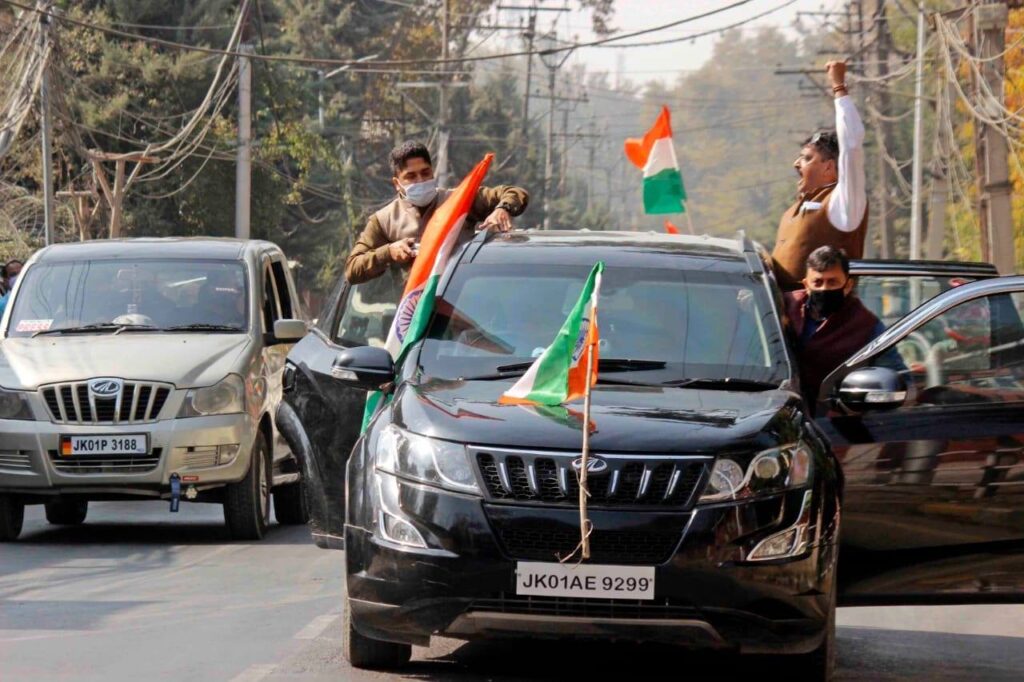 Srinagar, Oct 26: Jammu and Kashmir BJP unit on Monday held a rally in Srinagar against the remarks passed by PDP chief Mehbooba Mufti regarding tri-color.

Several party leaders and activists assembled at Sher-e-Kashmir Park Sonawar area and protested against PDP chief Mehbooba Mufti who recently in a presser said the nobody in J&K will raise for tri-color till State’s own flag and special status are not returned.

BJP members including Sofi Yousuf, Altaf Thakur and others were seen raising pro-India slogans and demanded authorities to book Mehbooba like anti-national elements under seditious act.

Notably last week PDP chief Mehbooba held a press conference few days after her release wherein she castigated the decisions taken on August 5, 2019 by Modi led BJP government and termed it “dacoit” and “loot” in J&K.

She at the occasion warned New Delhi if flag of erstwhile State of J&K is not returned and August 5 decisions not revoked, India will found nobody in J&K to carry tri-color.

“I am not interested in holding tri-color till our own flag and special status are not restored”, Mehbooba had said.

Meanwhile a day after her statement, ‘right wing’ activists allegedly attacked the office of PDP in Jammu and unfurl tricolor there.