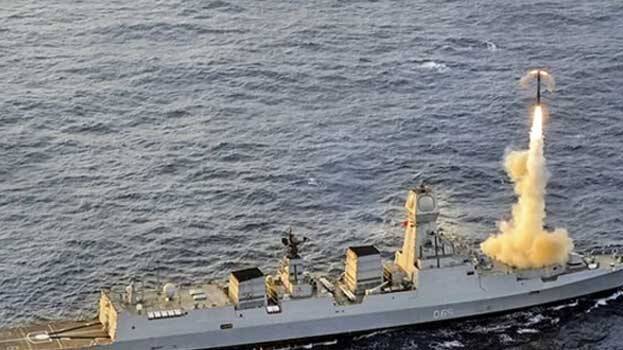 Srinagar, October 20: In times of growing military tensions with China in eastern Ladakh, India has invited Australia to join Malabar Naval exercise- three years after the Australia has requested it.

Apart from Australia QUAD members US and Japan will be also part of the naval exercises.

“As India Seeks to increase cooperation with other countries in the maritime security domain and in the light of increased defence cooperation with Australia, Malabar 2020 will see the participation of the Australian Navy,” the Indian defense ministry statement said.

“This year, the exercise has been planned on a ‘non-contact – at sea’ format. The exercise will strengthen the coordination between the Navies of the participating countries”.

The malabar naval exercise will be held in November this year, media reported.

According to the ministry, the Malabar series of Naval exercises started in 1992 as a bilateral Indian Navy-US Navy exercise.

“Japan joined the Naval exercise in 2015. This annual exercise has been conducted off the coast of Guam in the Philippine Sea in 2018, off the coast the Japan in 2019 and is expected to be held in the Bay of Bengal and the Arabian Sea later this year,” the statement said.

“The participants of Exercise Malabar 2020 are engaging to enhance safety and security in the maritime domain. They collectively support free, open and inclusive Indo-Pacific and remain committed to a rules based international order”.