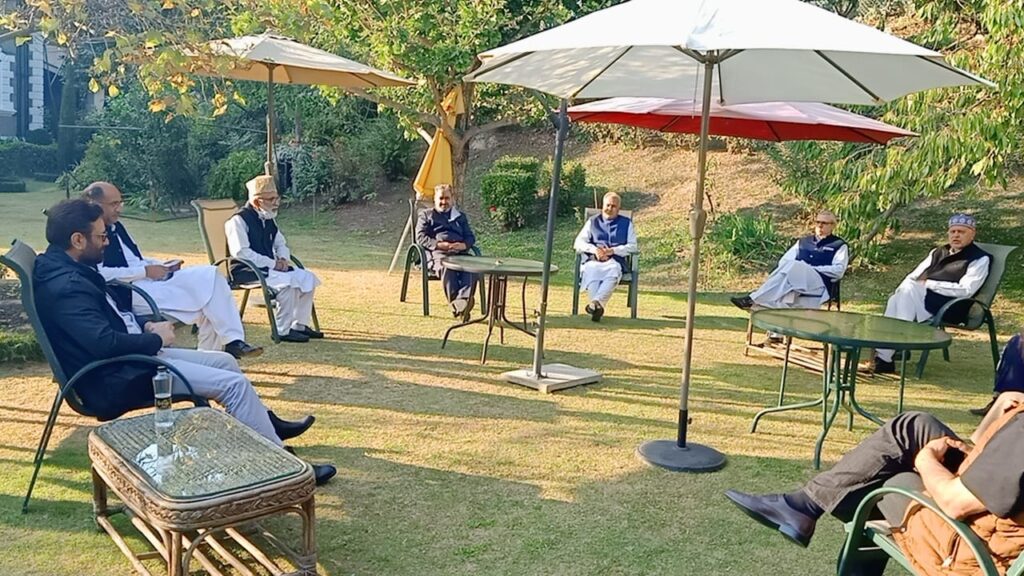 The alliance was formalised after two hours meeting of the signatories of Gupkar declaration at the residence of National Conference president Farooq Abdullah here.

Soon after the meeting concluded, Farooq, who was flanked by PDP President Mehbooba Mufti, former Chief Minister and his son Omar Abdullah, Peoples Confrence chairman Sajad Gani Lone, Awami National Conference Vice president Muzaffar Ahmed Shah and others, said that all the signatories of the Gupkar declaration have decided to forge an alliance to fight for the restoration of special status.

“Our motive is to fight for the restoration of August 04, 2019 position,” he said, adding that the alliance will fight for the rights that were snatched last year from Jammu & Kashmir and Ladakh.

Abdullah also said that steps should also be taken for resolution of Kashmir issue.

“We also want that the steps be taken for the resolution of Kashmir issue and all the stakeholders should be taken on board in this regard,” he said.

The veteran politician further said that the next meeting of the signatories will be held in coming days to decide on future course of action.

This is the second time in Jammu & Kashmir since 1947 when such a number of political groups have joined hands over an issue.