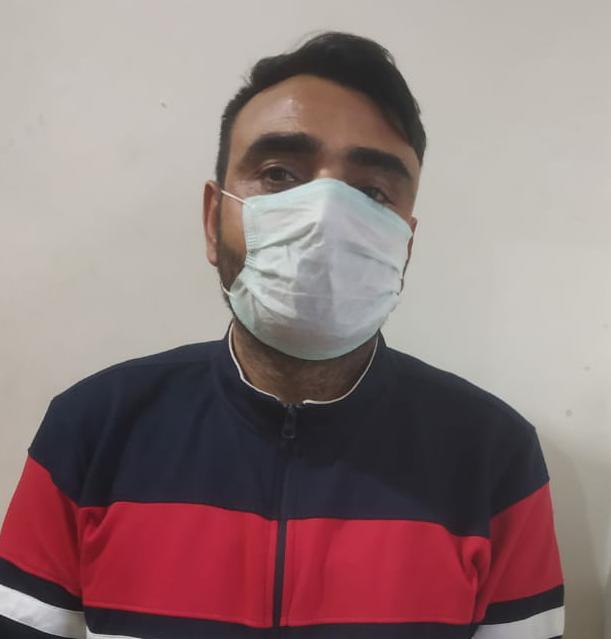 Srinagar, September 29: Police on Tuesday arrested a person who was imposing himself as a Police officer here in Srinagar.

In a statement , the Police said that they have arrested an imposter for intimidation by posing himself as Police Officer.

On 27th September, Police Station Sherghari received a complaint from one individual Sohail Ahmed Pinchoo of Noorbagh Srinagar, stating that he received threatening & harassing calls from a phone number 9055786000 who posed himself as a DySP Cargo.

Accordingly, a case FIR No. 56/2020 under relevant sections of law was registered in Police Station Sherghari and investigation was initiated.

During the course of investigation, Officers have been able to identify the accused as Nazir Ahmad Sheikh son of Mohd Yousaf Sheikh resident of Botakadal Lalbazar Srinagar.

The statement further said that, he has been arrested and shifted to Police Station where he remains in custody.

Pertinently, the accused person has deliberately registered his name as DySP CM Residence in Truecaller app with the intention to cheat and threaten the public.