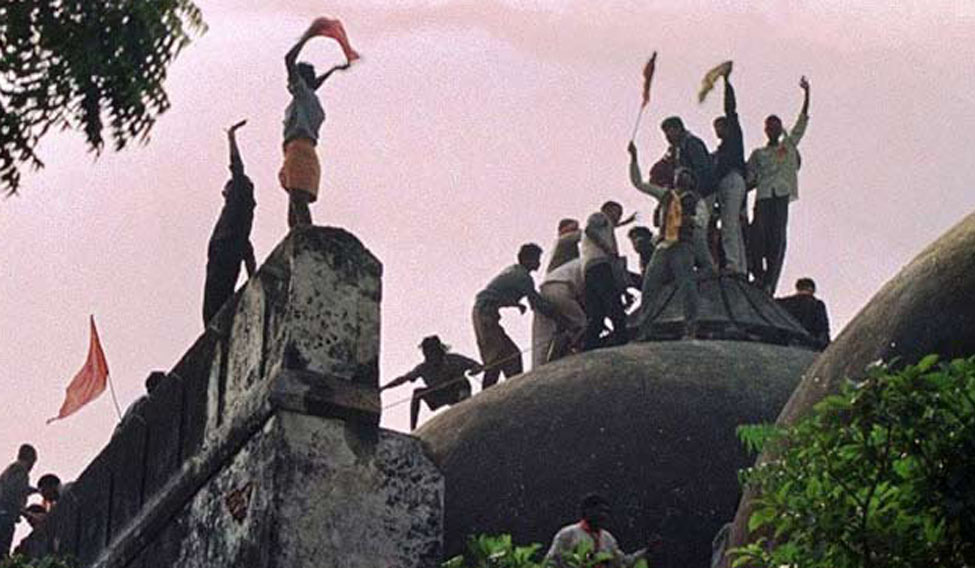 The verdict in the 28-year-old case involving the demolition of Babri Masjid, which stood at the Ram Janmabhoomi site in Ayodhya, was announced by a special court in Lucknow, the NDTV report said.

The 1992 demolition, when thousands of Hindu activists tore down the mosque on December 6, was preceded by a series of rath yatras by the BJP’s LK Advani.

Mr Advani, 92, Murli Manohar Joshi, 86, Uma Bharti and Kalyan Singh were not present in court but joined via video link.

Mr Advani, Mr Joshi, Uma Bharti and Kalyan Singh are among the 32 surviving accused in the case; they were charged with criminal conspiracy and promoting enmity, the report said.

Mr Advani, Mr Joshi and Uma Bharti were allegedly on the dais near the mosque at the time of the mosque demolition. The investigating agencies said they instigated the crowd with their speeches.

Kalyan Singh was the Chief Minister of Uttar Pradesh at the time of the demolition. His government was dismissed as riots broke out across the country, in which around 3,000 people died.

Former Union minister Uma Bharti, who is admitted in a hospital in Uttarakhand after contracting COVID-19, has written to BJP chief JP Nadda, saying she will not seek bail if she is convicted in the case.

Over the last 28 years, the case has taken a tortuous route. From the initial two cases filed in 1992, the number of cases expanded to 49. The second case, FIR no 198, had named Mr Advani, Mr Joshi and Uma Bharti, accusing them of promoting religious enmity and provoking rioting.

In 1993, the Central Bureau of Investigation filed a single, consolidated chargesheet against 48 people, among whom Shiv Sena founder Bal Thackeray and Kalyan Singh were also included, the report said.

The cases against Mr Advani, Mr Joshi and Uma Bharti moved from Lalitpur to Rae Bareli to Lucknow after an order by the Supreme Court, which also asked that the criminal conspiracy charges be restored against them.

The 16th century mosque was pulled down by thousands of “Kar Sevaks” who believed it was built on the ruins of an ancient temple that marked the birthplace of Lord Ram in Ayodhya. In a landmark verdict in November, the Supreme Court ordered the construction of a temple at the site. The groundbreaking ceremony took place earlier this year in which Prime Minister Narendra Modi participated. (NDTV)