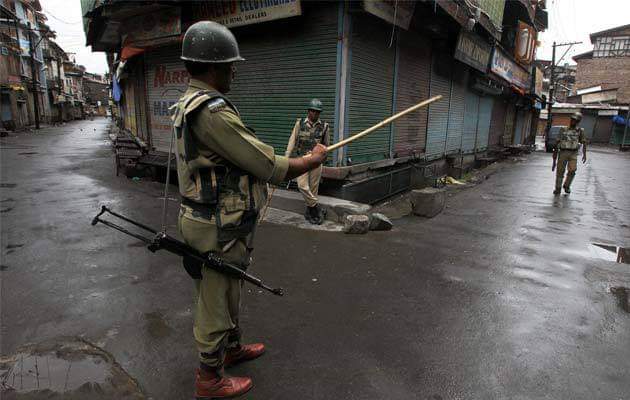 There is a lot of talk about Ladakh (read Leh) managing to unify and exert pressure collectively on New Delhi to re-introduce the protections that were guaranteed under the repealed state subject law and thus save their land, demography etc.

It is a fact that the Buddhist unity across all political divides did help them. It is also a fact that such a unity has never been shown by either the 68 percent population or the Kashmiri parties and leadership ever in history.

However, the comparisons are also misplaced. There are few important aspects to it. First, the purpose of the abrogation of Jammu and Kashmir’s semi-autonomy and downgrading it into two union territories wasn’t to disempower Buddhists–its main aim was and is to engineer a demographic change so that the Muslim majority demographic complexion of the erstwhile state of J-K is completely altered to end the Kashmir dispute once for all.

The thinking behind 5 August 2019 is that once the demographic complexion is altered to a level where the natives (read Muslim majority) are turned into a minuscule minority and the land ownership is drastically changed, it will automatically and permanently end the Kashmir dispute. And unfortunately, it is a fact that once facts are changed on ground, new facts become new frontiers and any future dialogue is held at those new frontiers.

A glimpse of that is already in front of us — the entire pro-India political camp that till recently had restoration of autonomy, return to the 1953 status, or demand for self rule as their manifesto — are now collectively seeking return to the 4 August 2019 status quo. This shift has happened because of 5 August 2019 and the subsequent measures have already changed facts on ground.

The thinking behind 5 August 2019 is that once the demographic complexion is altered to a level where the natives (read Muslim majority) are turned into a minuscule minority and the land ownership is drastically changed, it will automatically and permanently end the Kashmir dispute.

So the only way we can understand the purpose of 5 August and the subsequent moves is to look at the real intent behind these moves. They see Kashmir only and only through the Hindu-Muslim binary and consider it a “Muslim problem”. Thus giving concessions to the Buddhists to safeguard their home and demography in Ladakh isn’t any u-turn for them.

It won’t be surprising to know that such a move was part of the original script too. The other possible reason for accommodating the concerns of the Buddhists may also be the volatile situation around the Line of Actual Control (LAC) with China.

China’s official statements, immediately after 5 August, have unambiguously questioned the change of status of Ladakh. There is no doubt that China would consider any moves to engineer demographic change along the LAC in Ladakh as an act of aggression and respond to it.

The move to re-introduce the protections provided by the repealed Article 35-A and the state subject law by bringing Ladakh under the ambit of the Sixth schedule of the Indian Constitution may well be part of New Delhi’s confidence building measure with Beijing.

Around a dozen major administrative moves, orders, and new laws that were introduced in J-K to push forward 5 August show a clear pattern: every such move is singularly aimed towards changing the demographic complexion and thus the facts on ground.

It is not only what is being done, what is not being done also reveals the purpose behind 5 August. Once the J-K State was dismembered and it’s semi-autonomy removed, it automatically meant that all the federal laws (which couldn’t be applied to J-K without the consent of the J-K government) were automatically applied in the new UT of J-K.

These federal laws that had become applicable to J-K included the Forest Act. But it wasn’t implemented. Why? Because this law gave the Forest dwellers rights on Forest land and its produce (other than timber). Who are forest dwellers in J-K? Gujjar and Bakerwal tribals. They form around 11.9 percent of the population of the erstwhile state as per the 2011 census. And they are not only all Muslims but spread across J-K with their population concentration highest in Poonch and Rajouri districts of the Jammu province.

And if they are empowered with rights on forest land–their traditional place of inhabitation–it will jeopardise the main purpose behind 5 August.

Around a dozen major administrative moves, orders, and new laws that were introduced in J-K to push forward 5 August show a clear pattern: every such move is singularly aimed towards changing the demographic complexion and thus the facts on ground.

This was also the reason why one of the major decisions taken by Governor Satyapal Malik, after J-K was brought under the direct central rule, was to repeal the Roshni Act which had “envisaged the transfer of ownership rights of state land to its occupants, subject to the payment of a cost, as determined by the government.”

This law was vehemently opposed by the Sangh parivar and its affiliates because it was seen empowering primarily the Muslim Gujjar and Bakerwal tribals, especially in Jammu province. In fact, a Hindu extremist group in Jammu called Ikk Jutt Jammu had launched a vicious campaign (including a challenge in the court) against the Roshni act. They didn’t mince words as they demanded the repeal of this act.

The reason for the Sangh groups to rally behind the rapists of eight-year-old Bakerwal girl in Kathua in 2018 was also primarily to evict the Muslim Bakerwals from Jammu’s Hindu majority districts. Recently, a boycott of Gujjar milkmen (Muslim Gujjars are traditionally running the milk and milk product business in Jammu) on the pretext that they are spreading COVID-19 in three Hindu majority districts of Jammu, too, had similar objectives.

This is happening even as New Delhi has simultaneously made serious efforts to bring several prominent leaders of the community (political, civil society and from among administration) to its fold and create a false narrative that Gujjar and Bakerwal masses are happy with the abrogation of semi-autonomy.

What New Delhi is doing or not doing clearly suggests that their Kashmir policy is driven solely by looking at the conflict through Hindu-Muslim binary alone.

During the rule of Congress or even third front parties, New Delhi would seek legitimacy of India’s sovereignty over Kashmir by celebrating the pro-India stance of all shades by the so called Muslim parties of J-K. The current BJP government, however, sees it differently.

They are not interested in seeking any legitimacy from the natives especially the Muslim majority of the erstwhile state. Instead, they are exhibiting their power and implementing their core ideological agenda without any hesitation. While the Congress would always hide the iron fist under a velvet glove, the BJP began by throwing the velvet glove in the dust bin.

They also see the pro-India camp in Kashmir in black and white and don’t recognise the various shades of pro-India politics that had been carefully created and nurtured by their predecessors since 11 June 1939. The current regime (and it is highly unlikely to change in future now) has redefined the pro-India position in J-K and anything that doesn’t concur with the Sangh’s ideological stance that has informed the current regime’s policy is an anti-India position.

Thus, these pro-India parties in J-K can only operate within a limited framework that has already been set up by New Delhi. For example, they can demand or protest etc the procedure of domicile certificate but cannot question the domicile law. They can seek restoration of statehood but not question and demand reversal of 5 August. And they have been told in very clear terms that if they wish to live as political parties in the new system, they have to exist within the new red lines informed by Sangh’s ideological agenda and drawn by the current regime.

The way the collective demand for restoration of 4 August 2019 status of J-K by these parties was termed as “anti national”, “anti India” and even Islamic fundamentalism explains the limits put on the pro-India political activity.
This is the context.

Thus the only lesson that the political parties across all divides, who have the Muslim majority in J-K as their core base, could learn from Ladakh is that there is no alternative to unity.

And it is not the unity exhibited through a move like the Gupkar Declaration. It’s a unity exhibited through revisiting their political stances, beliefs, compromises and rise above the immediate interests and survival to join people and make the resistance to this existential threat to Kashmir and the demographic complexion of the erstwhile state as the sole aim of their politics.

In fact, the pro-India camp cannot go back to its pre-5 August discourse ever because that no longer exists. They can live as political actors only if they seriously revisit their traditional political positions and get ready to traverse the new road of suffering. The only other option before them is to submit to the current regime and become local variants of BJP. That, too, will not guarantee a return to power.

There is absolute clarity among the authors of 5 August that the so-called Muslim political elite that ran J-K–which includes politicians, bureaucrats, businesses etc–won’t be allowed to control the levers of power in the region, ever. In fact, that’s the law now. It has been clearly and explicitly laid down in the reorganisation act that was passed simultaneously with the abrogation of special status and dismemberment of the state.

Even if the pro-India politicians submit to the current regime fully and accept 5 August, they will only exist as daily wage workers of the new system. There is no political maneuverability available to them after 5 August 2019. And, if they wish to find answers to chalk out an honourable future for themselves, they will have to shun opportunism and revisit the core of their political beliefs and relook at everything they have done since 1931.

The space for separatist politics of all shades too has been completely dismantled. That politics won’t be allowed to exist overground anymore.

There is absolute clarity among the authors of 5 August that the so-called Muslim political elite that ran J-K–which includes politicians, bureaucrats, businesses etc–won’t be allowed to control the levers of power in the region, ever

These changes didn’t happen after 5 August 2019. In fact, when you look at the steps taken by New Delhi particularly in the last six years, it becomes clear that everything was done as per a script with an aim to arrive at 5 August.

The crackdown on political space in Kashmir had begun way before 5 August 2019. A campaign to discredit that political space was in fact the precursor to the 5 August moves. The alliance with the PDP in 2015 was part of this process and so was BJP’s decision to break that alliance in 2018.

This also involved a tactful and step by step process to denigrate and discredit all institutions and voices that were associated directly or indirectly, in any form or structure, with Muslim majority in general and Kashmiris in particular. If you recall, the then Governor Satyapal Malik had even started counting the rooms of Kashmiri homes.

To deflect from the real issue, there were even promises to open Srinagar’s golf courses to people. The accusations of corruption against former ministers and government officials from Kashmir were portrayed as the corruption in our entire society. All this campaign was deliberate with an aim to deflect from the planning and implementation of 5 August and disallow any political conversation before it was achieved.

So, Leh has told us what we already know but have never acted on. There is no alternative to unity. But as peace of a graveyard isn’t peace, a unity without acknowledging the mistakes of the past 81 years have only taken us to a collective doom has no meaning.

This piece was first published on the author’s social media page( on Facebook).