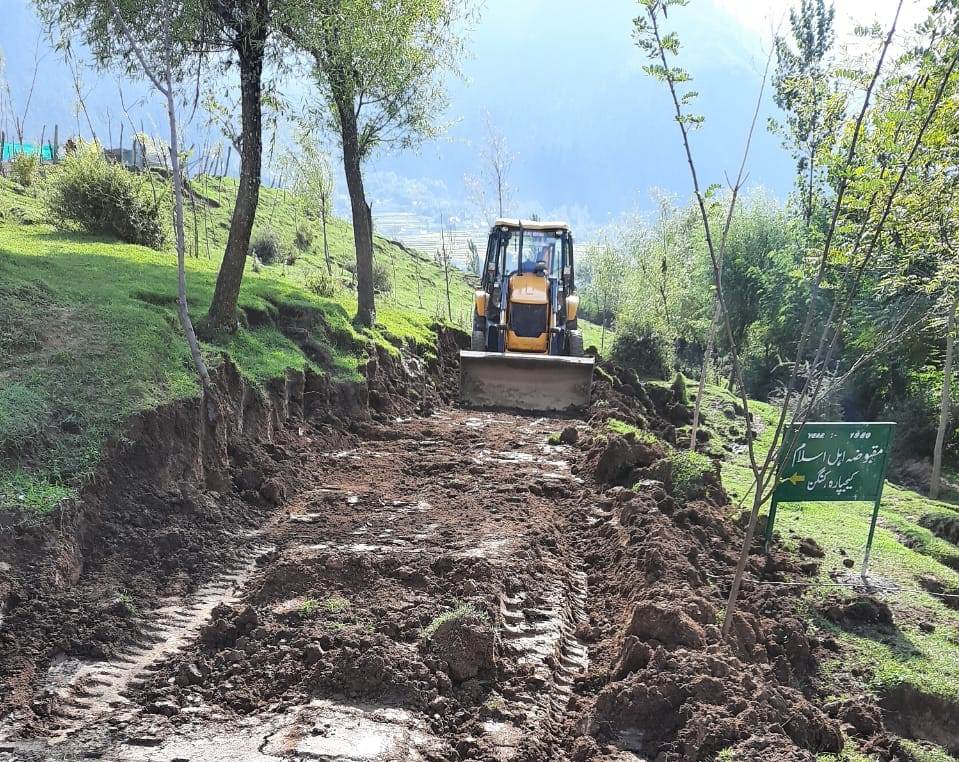 Kangan, Sep 10: A BJP worker from Kangan tried to grab a portion of graveyard in Kijpara area of Kangan town of Central Kashmir’s Ganderbal district.

The outcry from locals prompted police to seize JCB and register a formal case against the BJP worker.

Local sources said that BJP worker Ghulam Qadir along with his security guard arrived at Kijpara village with a JCB (earth mover) and tried to forcibly make a path in the middle of a local graveyard.

Shabir Ahmed Mir, former Sarpanch Kijpara said that BJP worker Ghulam Qadir of Nunnar Ganderbal had purchased a portion of land in Kijpara and to create a pathway, he tried to grab a part of local graveyard. This illegal move was resented by locals who staged a protest forcing the BJP worker and his security guards to flee from the spot.

A police team led by Tehsildar rushed to spot to diffuse the tension. They instantly seized JCB and registered a case in this regard.

A police official said that an FIR vide number 70/2020, under section 295A, 297 has been registered and investigation set into motion. (KNT)