China has deep strategic interests in Pakistan: US department of defense 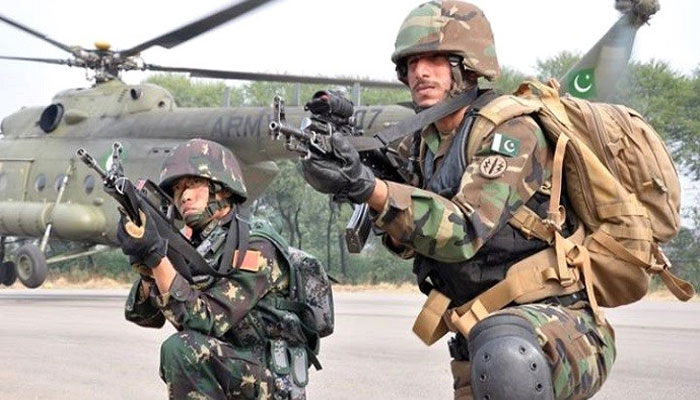 Washington, September 06: An official US report indicates that China has deep strategic interests in Pakistan, which will persuade both countries to stay engaged despite possible irritants, Dawn news reported.

In its 2020 report to Congress on “Military and Security Develop­ments” in China,” the US Department of Defence suggests that Pakistan is among a handful of countries where Beijing seeks to enhance both “bilateral and multilateral” engagements.

The report — published earlier this week — notes that Pakistan is among the countries where China “has likely considered locations for military logistics facilities,” a claim both Beijing and Islamabad reject as speculative.

The Pentagon states that Pakistan is also among the countries where Beijing has developed a series of “campaigns,” outlining operational military activities to achieve its strategic objectives.

As part of these campaigns, China is seeking “an increase in bilateral and multilateral engagement” with nations like Russia, Pakistan, and the Association of Southeast Asian Nations (Asean) that “can improve its ability to organise and manage combined operations that integrate foreign forces,” the report adds.

The Pentagon notes that China’s One Belt, One Road (OBOR) projects in Pakistan are associated with pipelines and port construction that intend to decrease China’s reliance on transporting energy resources through strategic choke points, such as the Strait of Malacca.

In 2019, the Chinese military participated in Russia’s national-level exercise TSENTR-19 along with forces from Pakistan and India, the report adds.

The Pentagon reports to Congress that China’s counter-terrorism cooperation with Tajikistan is likely tied to the August 2016 creation of a quadrilateral counterterrorism coordination mechanism between Afghanistan, China, Pakistan and Tajikistan. Under this arrangement, all four countries agreed to jointly strengthen border security against China’s defined “three evils,” terrorism, separatism, and religious extremism.

A recent report in the Forbes magazine says that China has commercial and political interests in developing Gwadar but there is no evidence to suggest that it is building military installations in the port city.

Like the Pentagon report, the author of the Forbes report, H. I. Sutton, argues that Gwadar has strategic importance for Beijing because it will provide “a port facility connected to China by road and rail that bypasses the Strait of Malacca.”

The story was Published in Dawn newspaper