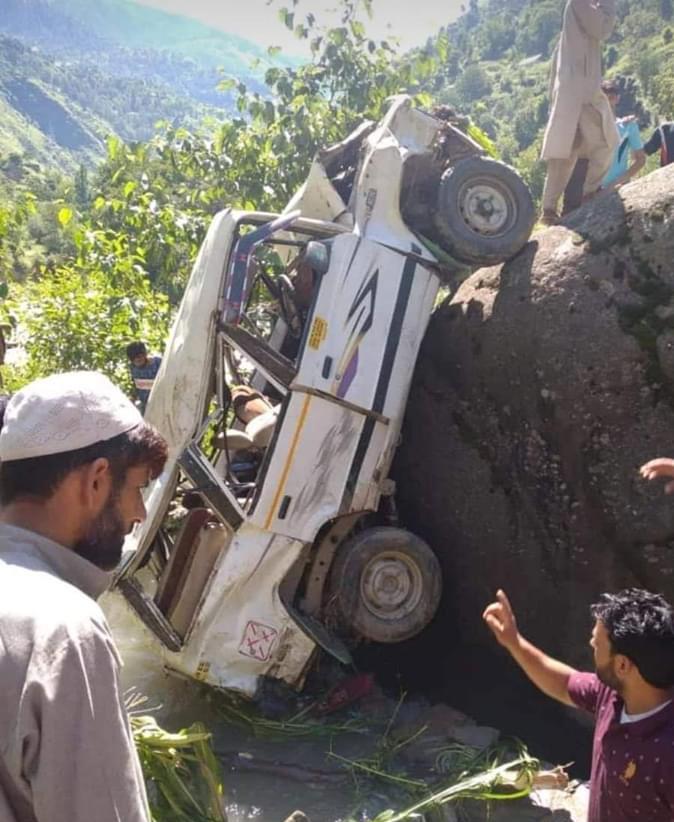 Jammu, August 29: At least six persons, three of them women, were injured when a vehicle they were travelling in met with an accident in Doda district on Saturday.

Official sources said that a Tata Sumo (JK06-4862) was on its way from Gandoh to Thathri when it skidded off the road and rolled down into a gorge near Bathri (Kahara).

Six persons including driver were injured in the accident and four of them were shifted to Government Medical College Doda while two others were admitted to nearby health facility.

Those shifted to GMC Doda include Hajra Begum (55) wife of Abdul Rasheed Haji of Putan Gandoh, Shakeel Ahmed (35), his wife Zarina Begum (30) of Nagni and Hashma Begum (60) wife of late Mohammad Akbar of Chamoti Gandoh, they said. The other two injured include Muzaffar Hussian (28) son of Sher Zaman of Drarori Gandoh and Talib Hussian (32), driver, son of Mohammad Mussa of Tundlar Gundoh. (GNS)