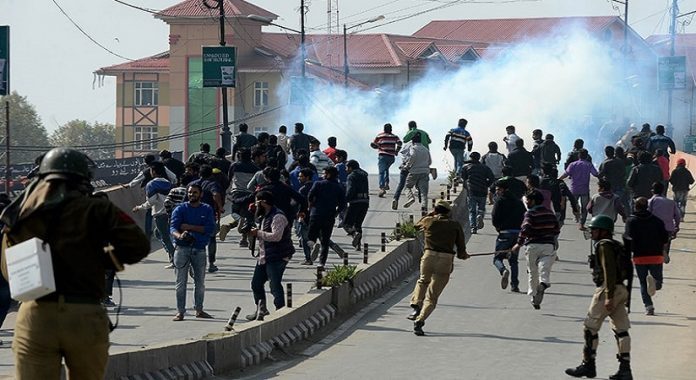 Srinagar, Aug 28: Authorities on Friday foiled the Muharram processions in several areas of Srinagar and Budgam districts while as several mourners were detained after they tried to defy curbs and take out processions at different places.

The authorities had imposed restrictions in and around the areas where Muharram processions were scheduled to be carried out today.

Witnesses said that several Muharram processions were today foiled by the authorities amid the imposition of curbs today.

They added all these processions were foiled by the authorities during which several Shia Muslims were detained, who were released later.

Witnesses further said that restrictions were imposed by the authorities today in wake to COVID-19 to ensure that the gathering will not take place to prevent the deadly Coronavirus from spreading.

“A huge contingent of police and paramilitary CRPF men were deployed in the roads today who had also erected concertina wires, thus halting the pedestrians as well as the vehicular movement in the restriction bound areas,” witnesses said.

Earlier on Thursday, Divisional Commissioner, Kashmir, Pk Pole while chairing a meeting regarding arrangements had stated that restrictions shall continue on all religious processions and gatherings in all districts.

During the meeting, the Shia Anjumans extended their full support to the administration with assurance that no procession or any other outside gathering shall be conducted during these days.

Div Com sought support from these religious bodies and urged them to sensitize people about avoiding all religious processions and gatherings in wake of COVID-19.

He urged the heads of these bodies to use their influence and aware people about the importance of following COVID-19 related SOPs including social distancing protocol and use of face masks while commemorating martyrdom of Imam Hussain A.S and other martyrs of Karbala during these days.

Pertinently, the government hasn’t allowed the 8th day Muharram procession in the city since 1990 as it say that these processions would lead to law and order problems in the city—(KNO)