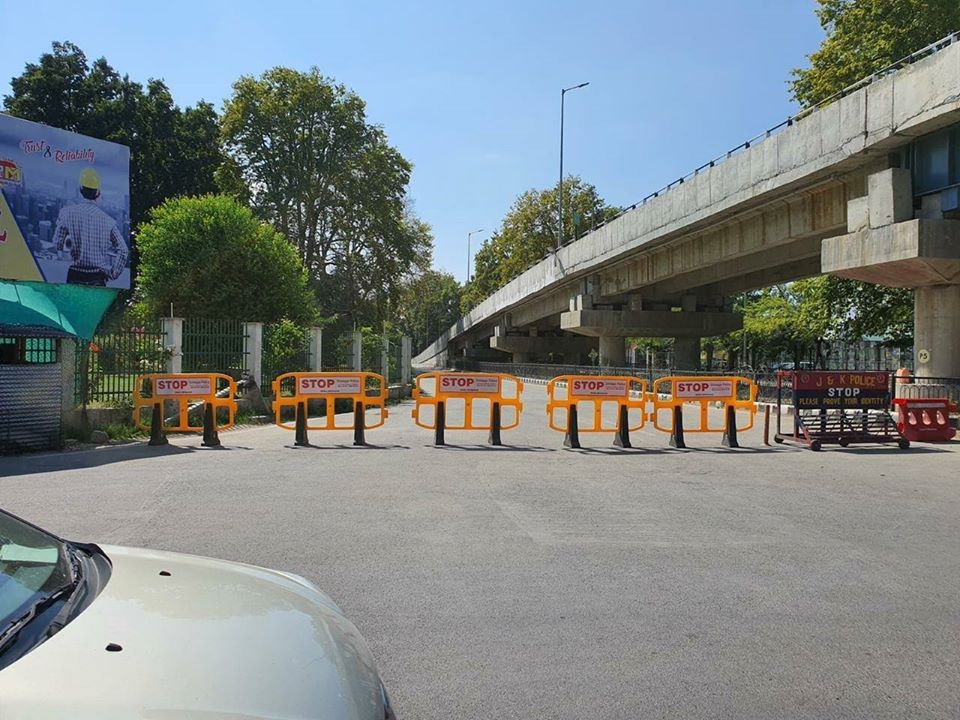 All the roads leading to the main venue—Sher-e-Kashmir Stadium Srinagar were sealed a day ahead of the official function amid heavy deployment of security forces all around with drones and CCTV fitted vehicles keeping a close watch on suspects. The newly appointed Lieutenant Governor Manoj Sinha unfurled the tri-colour and addressed the I-Day gathering comprising officials from the administration, police, CRPF and other important government departments. LG stressed on transparent system, employment for youth, democracy at the grass-roots level besides equal treatment to all.

In Srinagar, the summer capital, all the shops, business establishments remained closed while public and private traffic was off the roads. In old Srinagar, heavy deployment of forces was made and main roads were sealed with the concertina wires at various places to prevent any untoward incident and unlawful assembly.

This time, the J&K UT administration didn’t suspend the voice calling on mobile phones but resorted to five-hour long mobile internet suspension across the Valley on all platforms. “Mobile internet was suspended at 7 am and restored at 12 noon,” an airtel customer said.

Reports of roads wearing a deserted look poured in from all the district headquarters in Kashmir including southern districts of Pulwama, Kulgam, Anantnag and Shopian. However, police officials said that all the I-Day functions including the main function held in Srinagar passed off peacefully.

“There was no untoward incident anywhere in Kashmir,” a senior police officer said. “Security forces were maintaining highest level of alert to foil all attempts of militants aimed at disrupting the I-Day.”—(KNO)