Heightened Security Ahead Of I-Day Functions In Kashmir 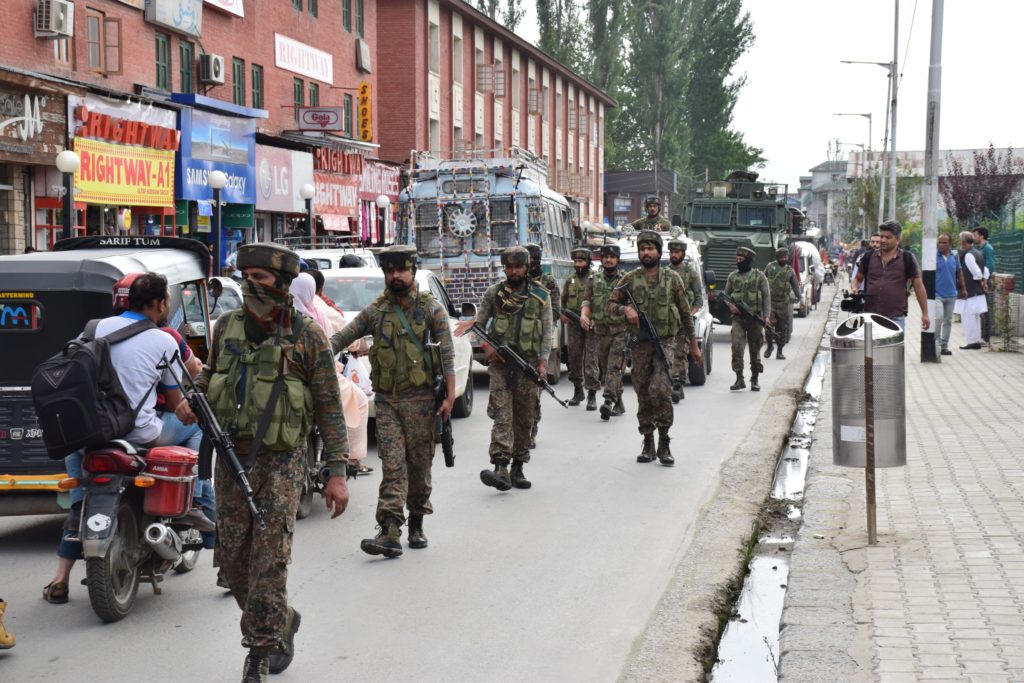 Srinagar, Aug 14: Tight security was in place on Friday ahead of the August 15 official function in Jammu and Kashmir.

The security was beefed-up further in Srinagar and other places of the Valley after an attack by militants near Nowgam in which two policemen were killed and another was injured.

More makeshift checkposts sprung up at scores of places as all vehicles entering the city were stopped to enable frisking of occupants and checking of vehicles.

A senior police official said drones and closed-circuit television have been used to ensure security.
In Srinagar, all roads leading to the Sher-e-Kashmir Cricket Stadium, the venue of the main function, have been closed.

Similar precautionary measures regarding security arrangements have been made in other districts of the Valley, the officials said.

“We have placed extended deployments at many places in the city and outside it for the August 15 function. We were also increasing the deployment on the outskirts,” Director General of Police (DGP) Dilbag Singh on the sidelines of a wreath-laying ceremony of the two police personnel killed at Nowgam.

“It is unfortunate that a deployment team was attacked on the outskirts of the city in Nowgam and two jawans were killed and another injured,” he said, adding, “Pakistan and its proxies cannot tolerate the peaceful atmosphere in Jammu and Kashmir and often create hurdles in the path towards peace.”

He said security establishment uses drones and camera-fitted vehicles to monitor the situation.

“We are trying to improve the use of gadgetry and in the coming days, CCTV coverage in the city and other places will be increased. The other things like physical deployment and surveillance are being employed,” he said.

Lieutenant governor Manoj Sinha will preside over the I-Day function, the first August 15 function by the Lieutenant Governor. Entry to the stadium is highly regulated by electronic equipment and human surveillance, they said.

Traffic on the roads was far lesser than usual in Srinagar on Friday as people either stayed back or rushed home earlier amid the tight security. (GNS)