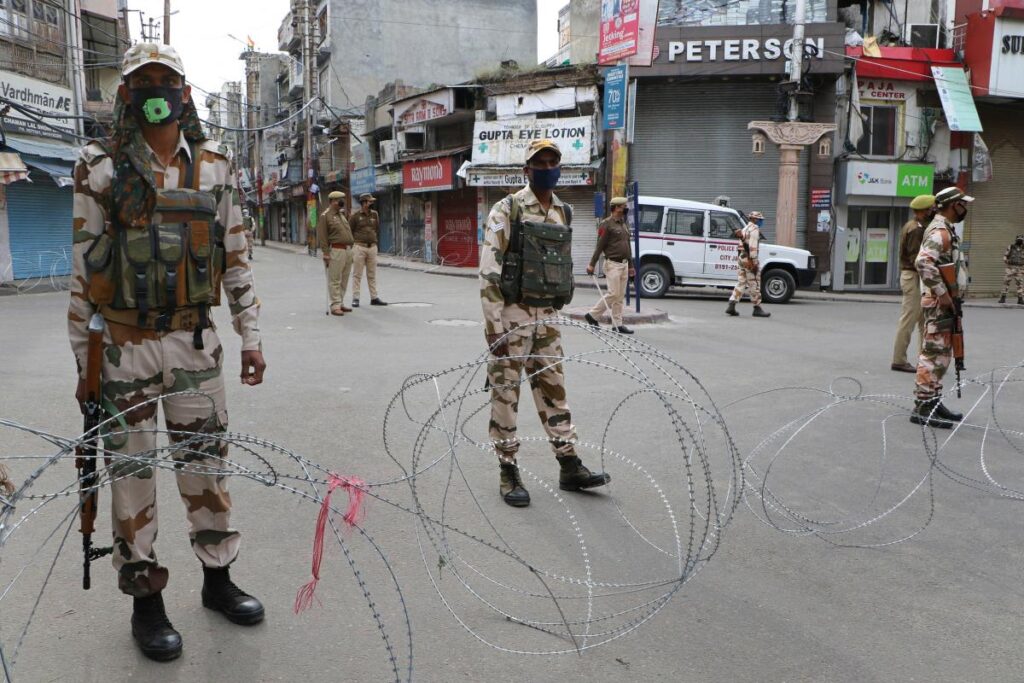 Jammu, Aug 04: Jammu and Kashmir government on Tuesday classified the districts as Red, Orange and Green zones for the purpose of implementing the lockdown, from tomorrow ,August 5, 2020.

An order issued by Chairperson of the State Executive Committee, in exercise of the powers conferred under section 24 of the Disaster Management Act, 2005, declared all districts of Kashmir province, (except Bandipora district) and Ramban district of Jammu Province as red zones; Kathua, Samba, Bandipora, Reasi, Udhampur, Poonch, Rajouri and Jammu districts as Orange zones; and Doda and Kishtwar as Green zones.

This categorization of districts into Red, Orange and Green, as per the order, will be followed for the purposes of implementation of permitted activities in the respective districts, as per a separate order, to be issued by the State Executive Committee (SEC).

It further stated that this classification of districts will be reviewed periodically and any further modifications will be made by the Government of Jammu & Kashmir.

The classification, as per the order, has been done after a detailed review of the current COVID situation in Jammu and Kashmir with the Financial Commissioner, Health; Divisional Commissioner, Jammu/Kashmir and other officers.

The review particularly included ‘An overall assessment of the situation pertaining to the spread of COVID19 in Jammu and Kashmir; The trend in new cases particularly the recent spread/ spike in new cases in view of the continuous movement of persons travelling to J&K and between provinces/ districts; and the risk perception of the Health department vis-a-vis each district.