The current detention order of the former chief minister was going to expire on August 5 this year. According to an order issued by the Home Department duly signed by Home Secretary Shaleen Kabra, Mufti will continue to remain under detention for another three months at her official residence at Fairview Bungalow, which has been declared a subsidiary jail.

“The law enforcing agencies have recommended further extension in the period of detention and on examination, the same is considered to be necessary,” the order reads. “The detention of Mufti has been extended to prevent her from acting in any manner prejudicial to the maintenance of law and order.”

Mehbooba Mufti was initially detained on August 5 last year when the Government of India abrogated special status of the erstwhile state and bifurcated it into two union territories-Ladakh, and Jammu and Kashmir.

Having spent over eight months in detention at two government facilities that were designated as sub-jails, Mehbooba Mufti was shifted to her home on April 7 this year.

Initially, she was taken into preventive custody. Later on February 5 this year, she was slapped with the PSA along with Omar Abdullah, who was released in March. Farooq Abdullah also been released.

Earlier, Mufti was lodged a government guesthouse in Chashma Shahi and a bunglow on Maulana Azad Road near Lal Chowk 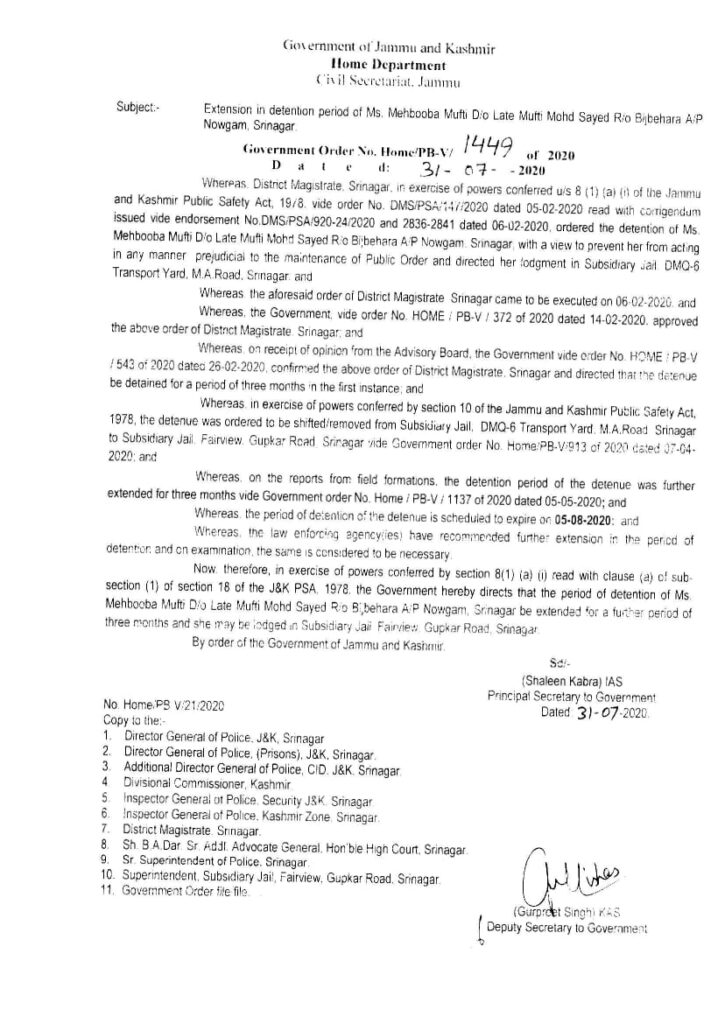