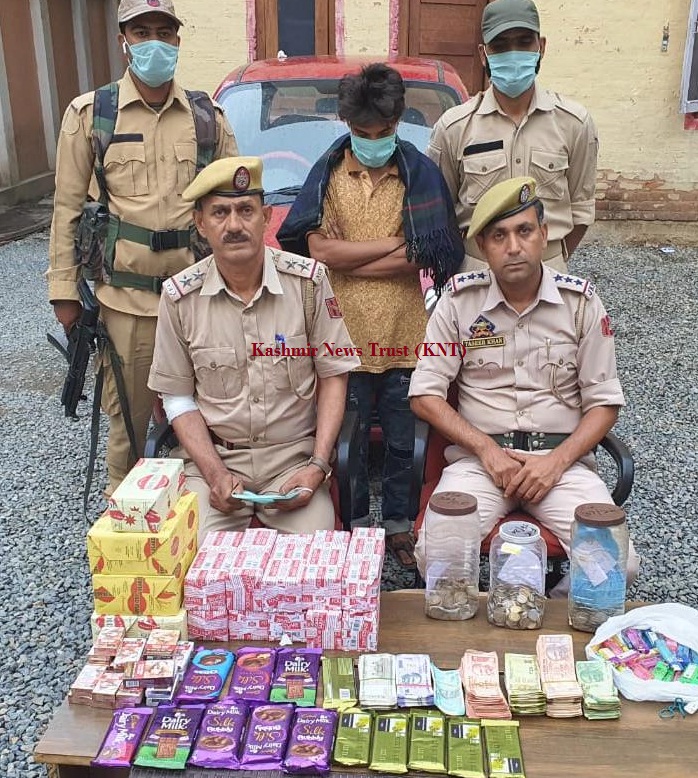 Srinagar, July 23: Police here in Kashmir capital Srinagar have arrested a non-local and recovered cash, gold and other items that he had stolen from Jamia Masjid area of Srinagar city.

A police official said that on 15 July this month, a shopkeeper Bilal Ahmed Shah of Iqbal Market Jamia Masjid area had registered a complaint claiming that unknown burglars entered into his shop and stole cash and goods.

During the investigation, police zeroed in on a non-local identified as Ayan Sidique alias Vishal of Bijnore Uttar Pradesh and recovered multiples items from his possession.