Young couple among 3 killed in lightning strike in Poonch 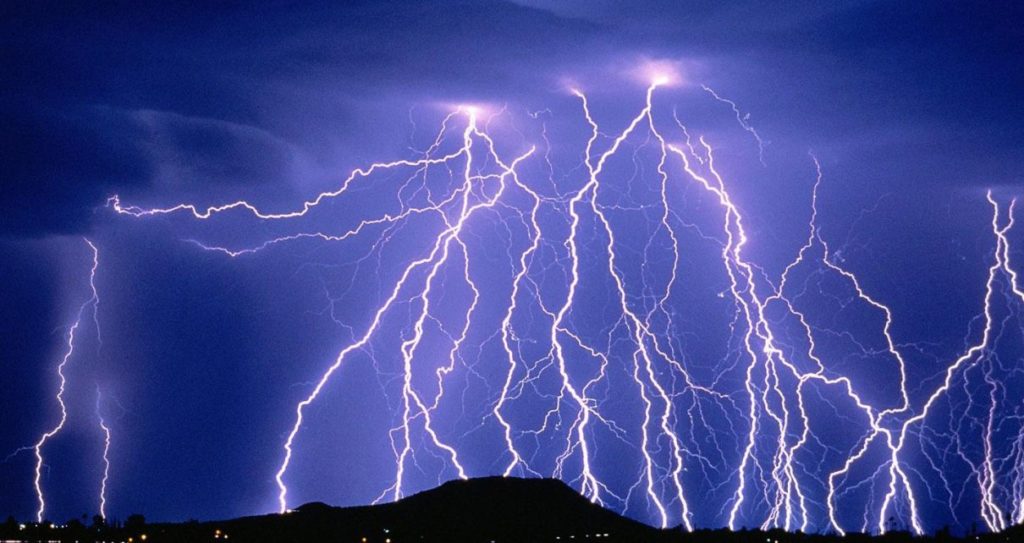 Poonch, July 21: A young couple was among three persons killed in a lightning strike in a remote village in Poonch district of Jammu, officials told GNS on Tuesday.

They said last night, at around 2330 hours, lightning struck Gumsar Dhoke in Surankote area of the Poonch district, killing three persons including Mohammad Hassiq and his wife Zarina Akther (30) of Lathong and Javied Ahmed (38) of Lassana. All three persons including the husband-wife died on the spot, they said. Reports suggest there are no whereabouts so far about the couple’s child and searches are underway.

Incharge police post Behramgalla Mohammad Rafiq confirmed the deaths. “A police party reached at Dhoke and the bodies have been shifted,” he said. They had gone for grazing animals in the remote area, officials added. (GNS)