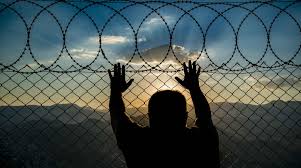 Srinagar, July 18, KNT: People in Hazratbal area of Srinagar outskirts were panicked after many family members gave a slip to authorities when asked to get shifted to a quarantine centre.

Locals informed that a female was tested positive for Covid-19 infection at Dhobi Ghat Hazratbal and was subsequently shifted to Isolation Ward of the hospital.

However, the immediate contacts of the said woman, that is her family members in a bid to avoid quarantine period, escaped from the house.

As the news spread in the area, panic created among locals. “It is highly irresponsible act on part of family members. Instead of cooperating with authorities, they fled from the house,” said a local Habibullah Wani.

An official said that three members of the family are missing and they will be traced and subsequently quarantined. (KNT)