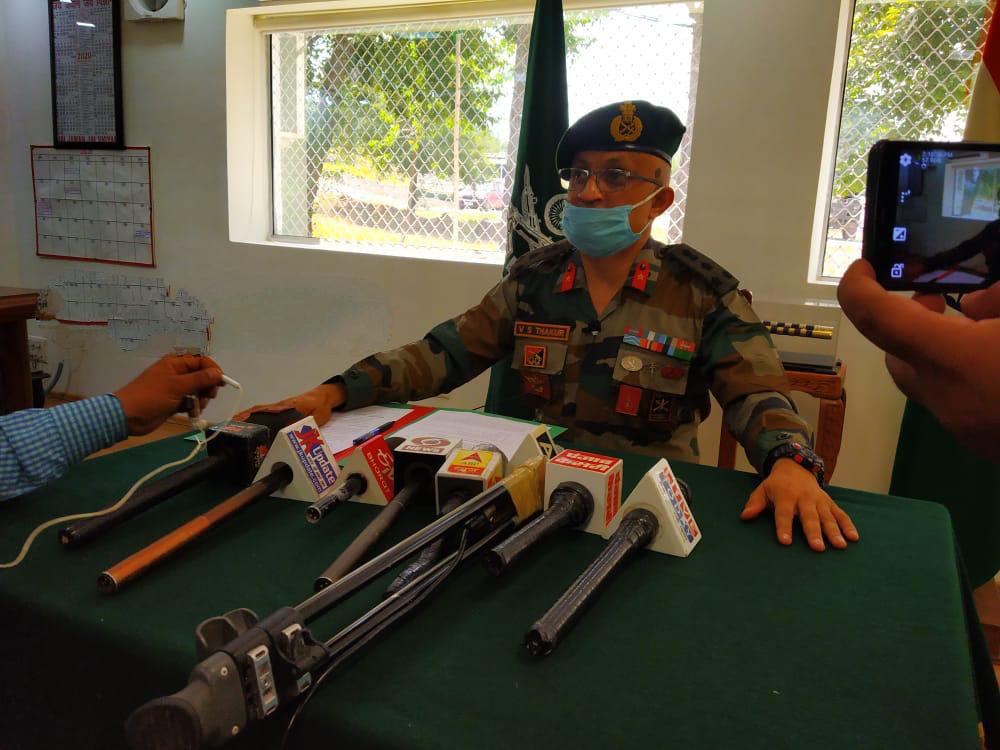 Srinagar, July 17: The army Friday said that it has received credible inputs that suggest militants are planning to target Amarnath Yatra on the national highway stretch any time after the commencement of the pilgrimage from July 21. It also said that over 100 militants were active in South Kashmir that include 25 to 30 foreigners as well.

Addressing a press conference at Kulgam, Sector commander 9 RR, Brigadier V S Thakur said that the army has received inputs that militants are planning to target Amarnath Yatra somewhere on the stretch of national highway-44. “This stretch is a bit sensitive. We are all prepared to foil the militant designs and to ensure smooth conduct of the pilgrimage that is commencing from July 21,” he said.

Asked about the number of active militants in South Kashmir, he said the number is around 100 that includes 25 to 30 foreign militants. “There is also reports of few individuals who are missing and since Pakistan continues to push in militants into this side, you can add a bit to the number I mentioned,” the army officer said as per KNO

About the Nagnad operation in South Kashmir’s Kulgam district, he said the operation as full of challenges as after getting the information about the presence of two to three militants in village Nagnad in Kulgam, from the Deputy Inspector General of Police South Kashmir, a siege was laid at around 4:30 am in the morning.

“Our troops showed resilience and didn’t even resort to speculative fire at the target house,” he said. He said an appeal was made to the civilians to evacuate the house. “Two militants fired indiscriminately at the forces with small arms and also lobbed grenades with an Under Barrel Grenade Launcher (UBGL),” Brigadier Thakur said, adding that both were killed without causing any harm to civilians or the house they were hiding in.

He said when civilians were coming out, one remaining militant who was wearing a pheran (traditional Kashmiri gown) with a weapon inside, tried to move out with the civilians. “He was physically stopped and when he tried to use his weapon, there was a hand to hand fight between him and a soldier of 9 RR, who successfully shot the militant down. He was the Pakistani militant Waleed,” the army officer said.

He said a huge quantity of arms and ammunition was recovered from the three slain militants which include a US made M-4 Carbine, one Ak-47, five magazines, a few grenades and a UBGL.

Brigadier Thakur said that the slain militants were possibly involved in the killing of five migrant Bengali labourers on October 29 last year in Kulgam, when EU delegation was on a Kashmir visit. “They were also involved in the killing of four civilians on April 4 this year at Nandimarg, Kulgam,” he said, adding that the slain militants were also luring youth towards militancy—(KNO)