Srinagar, July 15: The office of the United Nations High Commissioner (OHCHR) has made public its letter to 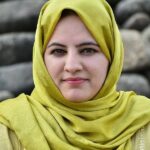 the Government of India, voicing “strong concern at the criminal proceedings and investigations initiated” against the four well-known Kashmiri journalists.David Kaye, the UN’s Special Rapporteur on the promotion and protection of the right to freedom of opinion, in a detailed letter has expressed concern over the police cases lodged against four Kashmiri journalists Naseer Ganai, Gowhar Geelani, Peerzada Ashiq and Masrat Zehra. The letter condemns the alleged harassment meted out to these journalists. 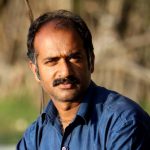 Leigh Toomey, Vice-Chair of the Working Group on Arbitrary Detention, and Mark Lawlor, Special Rapporteur on the situation of human rights defenders, are the two other signatories to the letter.

The UN letter sees a “pattern of silencing independent reporting on the situation in Jammu and Kashmir through the threat of criminal sanction.” The letter further says that “In this regard, we recall that the penalization of a journalist solely for being critical of the government or the political social system espoused by the government is incompatible with the State’s obligation under international human rights law.” 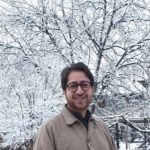 The UN Special Rapporteurs have written their letter on May 12 this year. Under a UN protocol, the letter is made public only when the concerned country fails to respond within 60 days. “We would appreciate receiving a response within 60 days. Thereafter, this communication and any response received from your Excellency’s Government will be made public via the communications reporting website,” the UN letter reads. 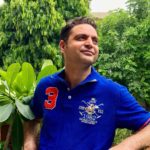 The letter mentions the chronological sequence of all four cases in detail and reminds Government of India that “journalism constitutes a necessary service for any society, as it provides individuals and society as a whole with the necessary information to allow them to develop their own thoughts and to freely draw their own conclusions and opinions (A/HRC/20/17 para 3. A free, uncensored and unhindered press and other media constitutes one of the cornerstones of a democratic society (CCPR/C/GC/34/ para. 13.”

The letter also takes a dig at the government agencies for their alleged “lack of regard for the rights” of the four journalists. “We also express concern at the apparent disregard for the prohibition of unlawful and arbitrary interference in the private life of individuals, and the journalistic privilege.”

The letter makes a reference to the allegation that Naseer Ganai’s computer and mobile phone was searched without a warrant, and that, in the case of Peerzada Ashiq, that he specifically was requested to reveal the sources of a news item published.  It also says that neither Gowhar Geelani nor Masrat Zehra were informed of the charges against them.

The UN Special Rapporteurs also want GoI to “ensure the right to effective remedies, including the investigation violations to the rights of the journalists mentioned in the letter.”