“We don’t want to be a mouthpiece of the government”: JK Media Guild Protests against new media policy 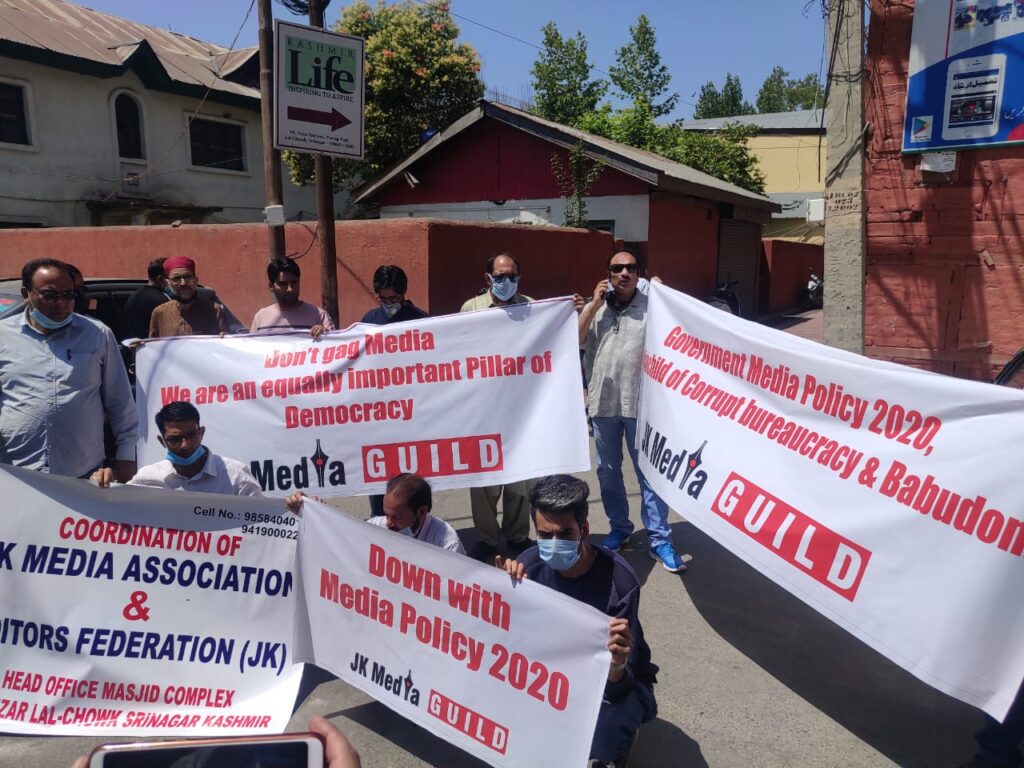 Srinagar, July 6 : A group of journalists under the banner of “J&K Media Guild” staged a protest against media policy and demanded its immediate rollback.

Carrying banners that read “don’t gag media, we are an equally important pillar of democracy”, “down with media policy 2020” etc, the protesters assembled at Press Enclave here.

“The new media policy is aimed at gagging the journalists in Jammu and Kashmir. The government and the framers of the policy must understand that we are a pillar of democracy and importantly as equally as three other pillars,” they said.

“The media policy is against all newspapers, news channels and all other news platforms. The policy provides for informing the government and police beforehand before carrying any story,” said a protester, Imtiyaz Ahmad, adding, “In case one fails, his newspaper registration will be canceled, FIR will be filed against him or government advertisements will be barred.”

The protesters demanded an immediate rollback of the policy. “We don’t want to be a mouthpiece of the government. The government must revoke and rollback this policy so that we get a free atmosphere to carry on with our job.” (GNS)