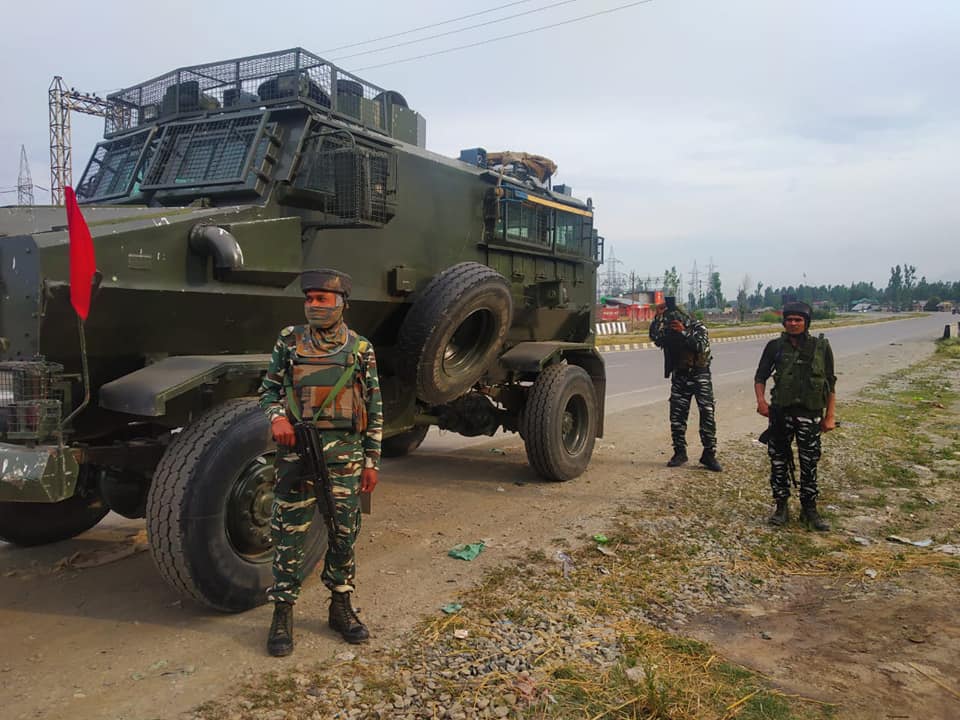 Srinagar, July 04: Two unidentified were killed while three soldiers, including a Junior Commissioned Officer (JCO), have been injured in an encounter that broke out this afternoon, in Arreh Mohanpora village of south Kashmir’s Kulgam district.

An official said that joint teams of police, Army’s 34 RR and CRPF launched a cordon and search operation on a specific lead about the presence of militants in the area.

He added that as the joint team of forces approached towards the suspected spot, the hiding militants fired at the forces triggering an encounter.

A senior police officer also informed that exchange of fire between forces and militants is going on, where in a militant has been killed and three soldiers have been injured. As the encounter progress, one more militant was killed by evening.

Police on its official twitter handle confirmed that two militants have been killed in Kulgam encounter and the search operation was on in the area. Authorities have snapped the mobile internet services in the area as a precautionary measure.

A police official said that identification of the slain militants is being ascertained.