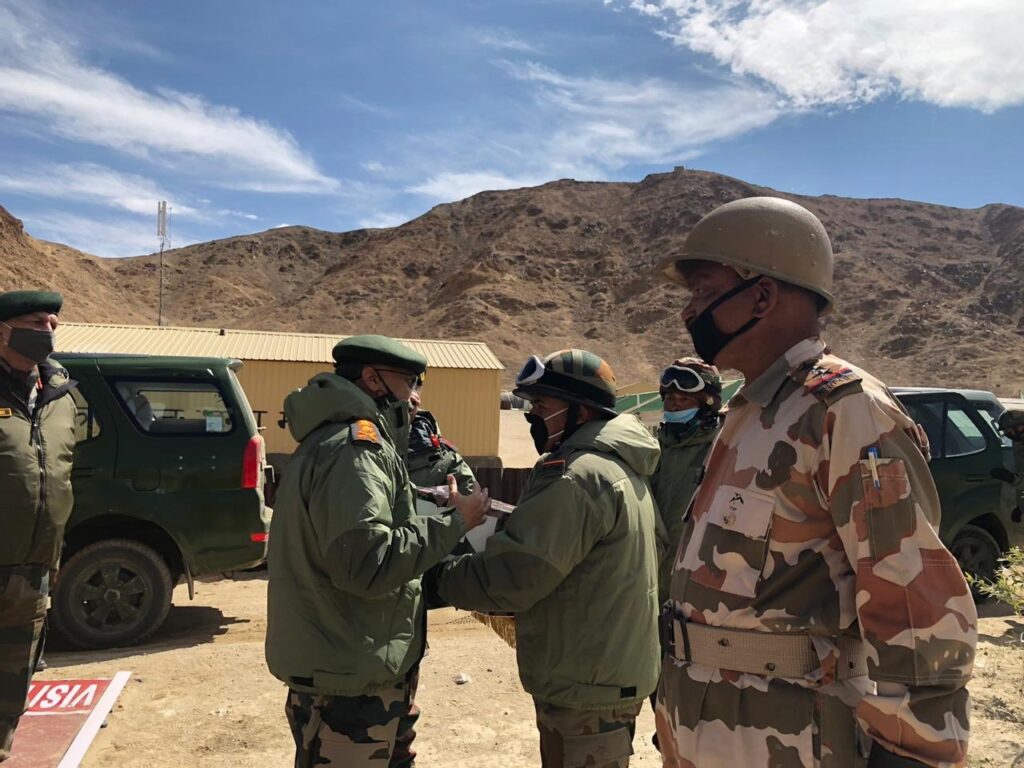 Srinagar: The third Corps Commander-level meeting between India and China over the ongoing tensions in Ladakh will be held today. The meeting is likely to begin at 10.30 am.

However, unlike the last two meetings that were held in Moldo on the Chinese side, this time the meeting will be held in Chushul on the Indian side.

Sources say agenda for the meeting is to take forward the proposals made by both sides to facilitate a disengagement.

All contentious areas during the current standoff will be discussed during the upcoming meeting to stabilise the situation, sources said.

The last two Corps Commander-level meetings between the two sides were held on June 6 and June 22. Lt Gen Harinder Singh, 14 Corps Commander, will lead the Indian delegation at the meeting.

Tensions between the two countries have been on the rise since early May. On June 15, a violent face-off occured between Indian and Chinese troops in Galwan Valley in easter Ladakh.

Twenty Indian soldiers, including a Colonel-rank officer, were killed and several injured in the face-off. While China has accpeted there were casualties on its side too, but it is yet to reveal their details.

The ongoing tensions between India and China are not restricted to one or two places, as was the case earlier. At present, the tensions are spread across eastern Ladakh as China has attempted to change the status quo in the region. Earlier the tensions were concentrated in Galwan Valley and the Pangong Tso Lake area, but recently China has opened up other sectors too.