5-year-old was only son of parents among three siblings, family was planning to admit him in school this year, says uncle 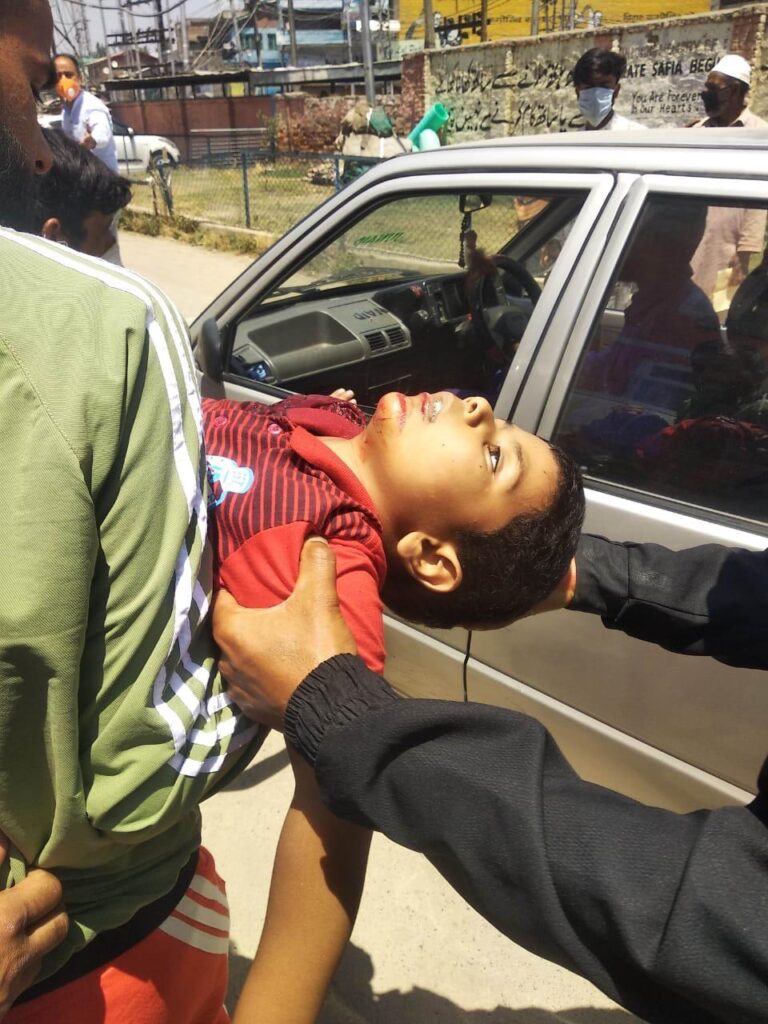 Srinagar, June 26: The family members of five-year old Mehaan were desperately waiting to see the end of Covid-19 pandemic to admit their lone son in a reputed schoo in their locality.

Little did they know that the wheel of fate would catapult in a way that they would have to mourn the death of their only hope before his admission to any school.

Muhammad Yaseen Bhat, a physical education teacher at a school in Bijbeheara in South Kashmir’s Anantnag district, took his son Mehaan to market to buy clothes for him.

“I was in the market, and all of a sudden there was heavy firing. Everybody ran for cover, so did we,” he said.

“My son couldn’t run, when I looked at him, I saw blood oozing from his right shoulder. I unbuttoned his shirt. I found out that he was hit by a bullet,” Bhat said in a broken voice, adding, that “I cried for help, and somehow managed to take my son to Sub district hospital Bijbehera, where after treating my son for a few minutes, doctors declared him dead.”

He said one bullet snatched his entire world.

“Mehaan was my only son among three siblings. I have two daughters. He was my world, I lost my everything today,” said Bhat.

Shabir Ahmad Bhat, uncle of Mehaan said that his nephew insisted his father take him along to the market in Bijbehara.

“Father accepted his lone son’s request and they left for Bijbehara from Munchew area which is about 20 Kms from Bijbehara town,” said Shabir, adding, that after over an hour, they heard that there was an attack in Bijbehara.

“We tried the phone number of Yaseen many times but he didn’t respond. We thought that he would be busy in his office,” said Shabir. “After few minutes a photo of Mehaan in an injured condition went viral on social media, that is how we came to know about what actually had happened.”

After some time, he said they got a call that Mehaan was no more. “Mehaan’s mother fell unconscious and is dumbstruck  not able to speak a word. She is a deep shock,” said Shabir.

He said that Mehaan who was the lone son of Yaseen was yet to take admission in school and has left behind his two elder sisters and parents. A CRPF man was also killed in the attack by militants where Mehaan sustained fatal injury.

The little Mehaan was laid to rest in his native village Munchew at around 4 Pm amid sobs and tears. Women could be seen wailing over the body of budding flower—(KNO)