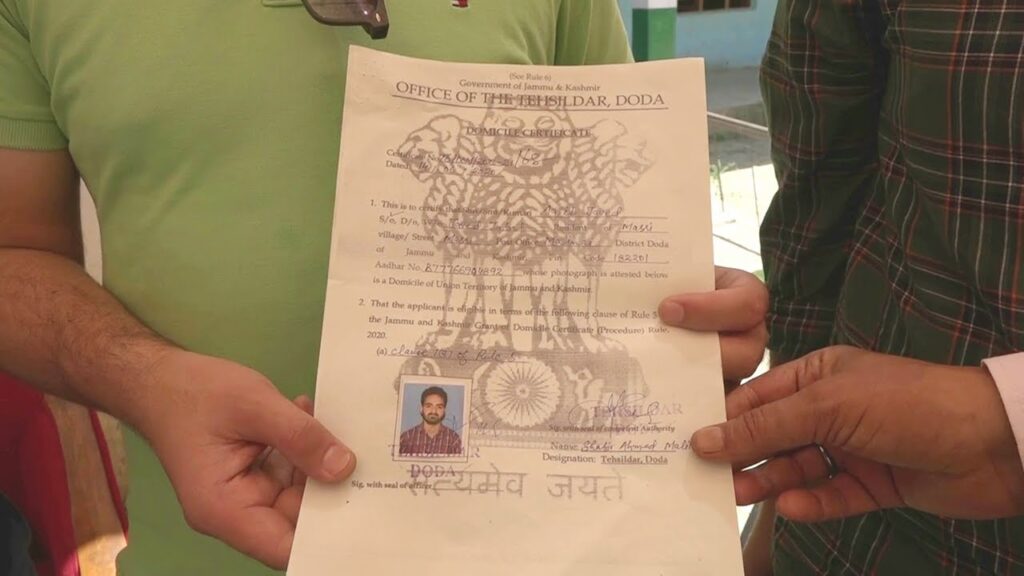 In a statement to , NC’s chief spokesperson Aga Syed Ruhullah Mehdi said the party unequivocally rejects the “unconstitutional and anti people process of grant of domicile certificates to outsiders” and demanded immediate revocation of Domicile Order and Rules.

“All the misgivings raised after the domicile laws were changed in J&K are coming to fore with J&K government’s issuance of domicile certificates to non residents of J&K.

“Domicile Order and Rules will never be acceptable at any point of time because the measures are aimed at disempowering the people of Jammu and Kashmir.

Its implementation will push people with valid state subject certificates to uncertainty and unnecessary hardship,” he said.

He said that the procedure for grant of Domicile Certificate is made in exercise of power under the Jammu and Kashmir Reorganization Act 2019, challenged in a number of petitions before the Supreme Court, the hearing before the Constitution Bench has commenced and is proceeding ahead.

“With the constitutional validity of the Act impugned and the petitions under consideration of the Court, the Government of India in tune with the universally accepted principle of “constitutional proprietary”, is under an obligation to desist from exercising powers under the impugned Act including the power to promulgate Domicile law and Rules in question,” he said, adding, ““National Conference has taken a principled stand on the floor of the Parliament and outside that the decisions of 5th August 2019 taking away special status and constitutional guarantees available to Jammu and Kashmir and dividing and downgrading the State are unconstitutional and unilateral.”

Meanwhile, Peoples Democratic Party (PDP) in a statement issued here also voiced its stern opposition to the domicile rules, reiterating that through such underhand means, “the government of India intends demographic flooding in Jammu and Kashmir while plundering people of their identity and constitutional guarantees.”

PDP spokesman in a statement issued here said that the objective of population replacement in J&K is to change the Muslim majority character of the state at a time when everything in the country is viewed through the prism of religion.

“As the agenda unfolds it becomes clear that along with the intended demographic change, the target is also the jobs, natural resources, cultural identity and everything that the people of Kashmir had tried to save by acceding to India with firm constitutional guarantees,” said the spokesman, adding that the special status of Jammu and Kashmir was a matter of life and death for its people and no one had the authority to challenge the very identity of people of the state in any court across the world.(GNS)