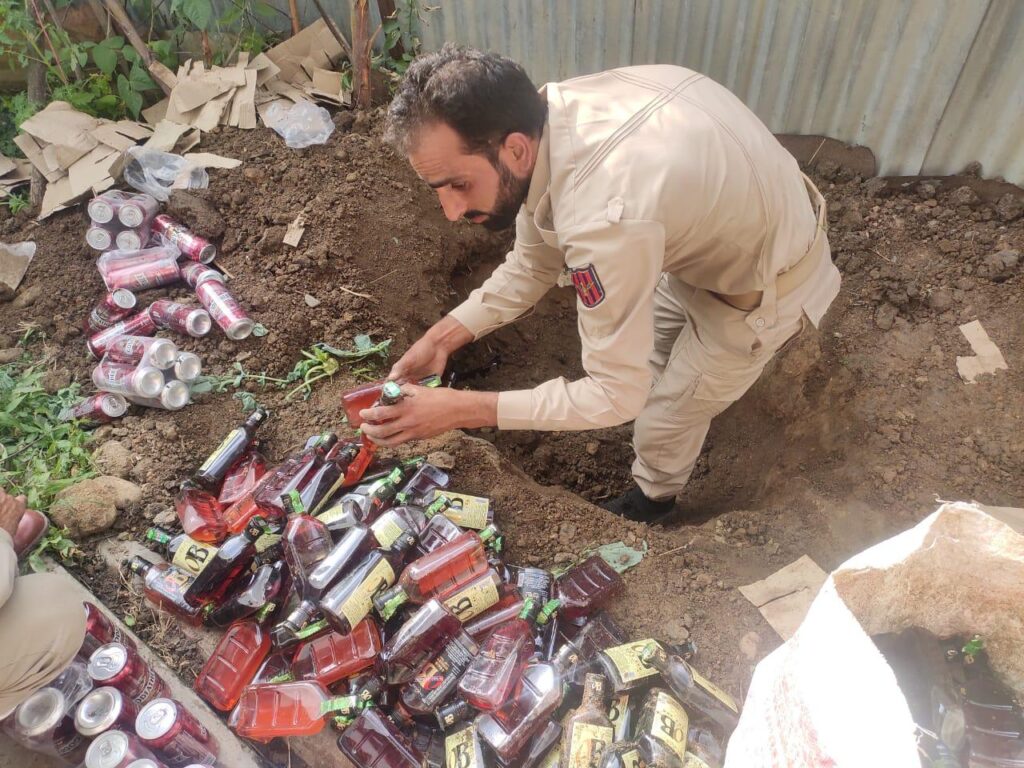 Srinagar, June 26: A man was arrested by police along with liquor in South Kashmir’s Anantnag disrict on Friday.

In a statement Police said that today during naka checking at Bumzoo KP Road SHO Police station Mattan along with his team stopped one person namely Farooq Ahmad Ganai son of Gh Rasool Ganie resident of Seer Hamdan who was carrying a bag, during search 25 bottles of liquor were recovered from his possession.

In this regard Case FIR number 66/2020 u/s 48 Excise act stands registered and investigation was taken up.

However, on further questioning the subject revealed that he has dumped big stock of liquor out side his home in the yard .Police party rushed to the spot and recovered 440 bottles more Liquor bottles which was buried in the yard of his house, the statement added.(GNS)