China has occupied Indian territory in Ladakh, how will Modi govt take it back: Congress 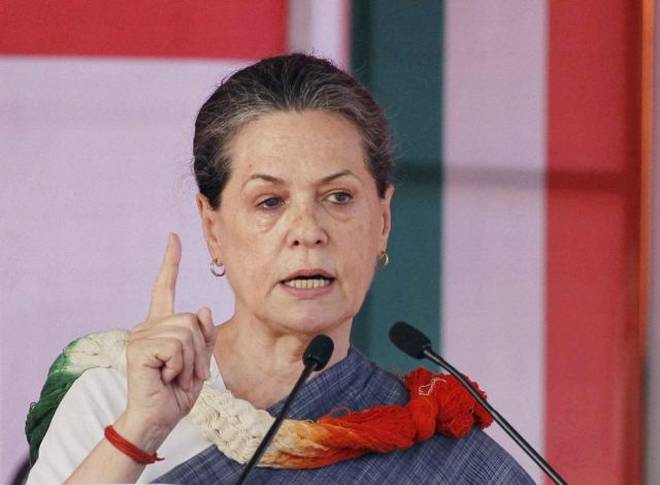 New Delhi, June 26: Targetting the BJP-led Central government over the border stand-off with China, Congress interim President Sonia Gandhi on Friday said that the Chinese army has occupied Indian territory in Ladakh and asked “how will the Modi government take back our land”.

She further reiterated that the Centre cannot back away from its responsibilities.

“The Chinese army has occupied Indian territory in Ladakh. How will Modi government take back our land? Today, people are standing beside the army and our soldiers. The government should give full support to the army. This is true patriotism,” she added.

Gandhi, in a video message on ‘Shaheedon Ko Salaam Divas’, said that the Central government should extend full support to the Indian armed forces.

“Today, when there is a crisis at the Indo-China border, the Central government cannot back away from its responsibilities. The Prime Minister said that there is no incursion on Indian territory. However, Defence Minister and Foreign Minister have repeatedly mentioned Chinese incursion,” the Congress interim chief said.

This comes days after 20 Indian Army personnel lost their lives in a violent face-off with the Chinese troops in Ladakh’s Galwan valley.

“Generals of our army, defence experts, and news outlets have confirmed Chinese incursion in our territory. If what Prime Minister Modi is saying is true, how did 20 Indian Army personnel lose their lives?” she asked.

The Congress leader said that the Congress and the people of India are observing ‘Shaheedon Ko Salaam Divas’ to pay their respect and tribute to the martyrs.

“Twenty of our soldiers were martyred while trying to prevent Chinese incursion in Ladakh’s Galwan valley. The country will always be indebted to their service. We are proud of our soldiers and the army. We are safe because our army secures the country by putting their lives at stake,” she said. (ANI)