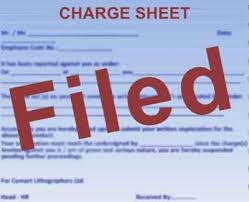 Srinagar: Anti-Corruption Bureau has produced Challan against a former Patwari Khokhyal Kathua in a case registered against him in 2018.

However the Patwari kept the complainant waiting on various pretexts and finally demanded Rs. 4,000 as bribe for demarcation of the land.
“On receipt of said complaint, a case FIR No. 39/2018 was registered at P/S VOJ (now ACB) under relevant sections of law and investigation was taken up.

Thereafter a Trap was laid and patwari was caught red handed while demanding and accepting Rs 4,000 as illegal gratification from the complainant in presence of the independent witnesses,” reads a statement issued by the ACB.

The accused Patwari was arrested on spot and investigation was concluded as proved against the accused Patwari Nazakat Ali for commission of offences U/S 5 (1) (d) r/w 5 (2) J&K P.C Act Svt. 2006 and section 4-A of PC Act 2006.

“After completion of investigation, the Challan against accused Nazakat Ali then Patwari Halqa Khokhyal Nagri Kathua was presented in the Court of Addl. Sessions Judge, Anti-Corruption, Kathua for judicial determination.”(GNS)