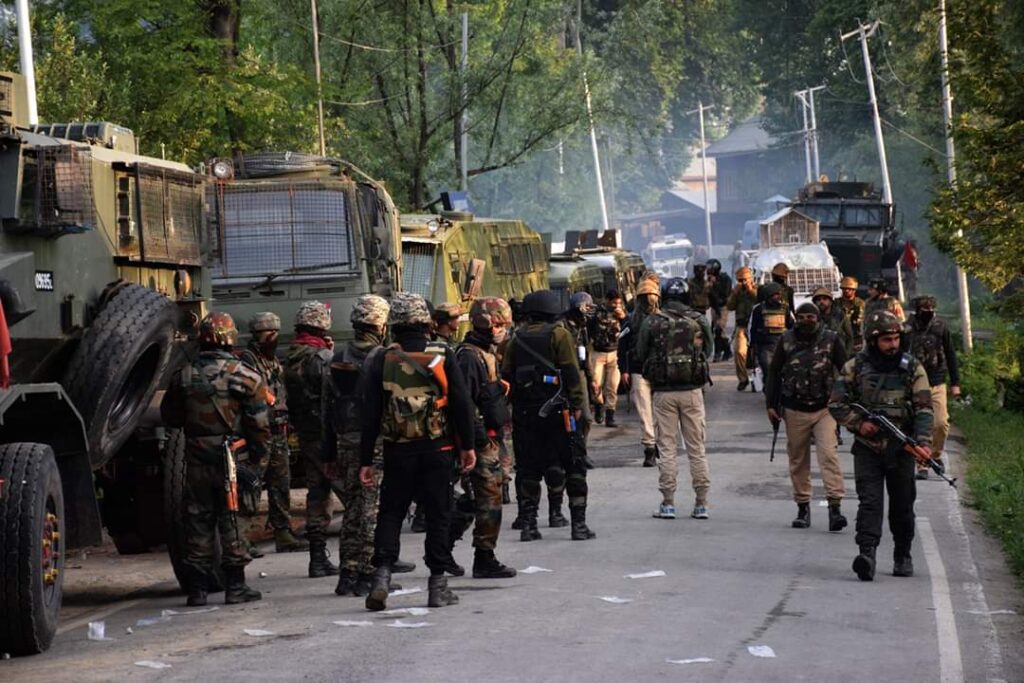 Srinagar: A militant has been killed in ongoing operation in Pozwalpora area of Zunimar in Central Kashmir’s Srinagar district.

Official sources said that one unidentified militant has been killed so far in the ongoing encounter.

IGP Kashmir Vijay Kumar while talking to media said that we tried to persuade militants to surrender, infact we brought their parents too on the encounter site but they rejected the offer.

One among the trapped militant is involved in last month attack at Pandach area of Ganderbal, in which two BSF personnel were killed, the IGP added.

Earlier According to the reports a joint team of Police and CRPF launched a cordon-and-search-operation in Pozwalpora.

Pertinently this is second encounter of this year in Srinagar, in last encounter Top Hizb commander Junaid Sahrai among three militants were killed.

Meanwhile Mobile Internet services have been suspended in Srinagar as Precaution measures.(GNS)