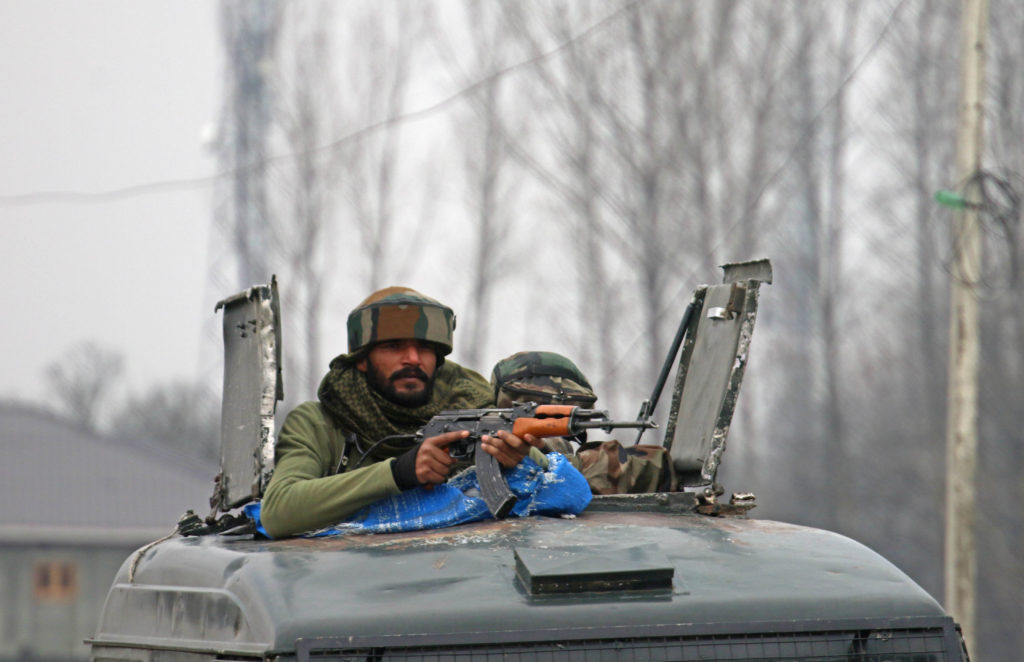 According to the reports a joint team of Police and CRPF launched a cordon-and-search-operation in Pozwalpora.

A senior police officer confirmed that the exchange of fire between the joint team and the militants. As per the sources, two to three militants are believed to be trapped.

Pertinently this is second encounter in Srinagar, in last encounter Top Hizb commander Junaid Sahrai among three militants were killed.

Meanwhile Mobile Internet services have been suspended in Srinagar as Precaution measures.(GNS)