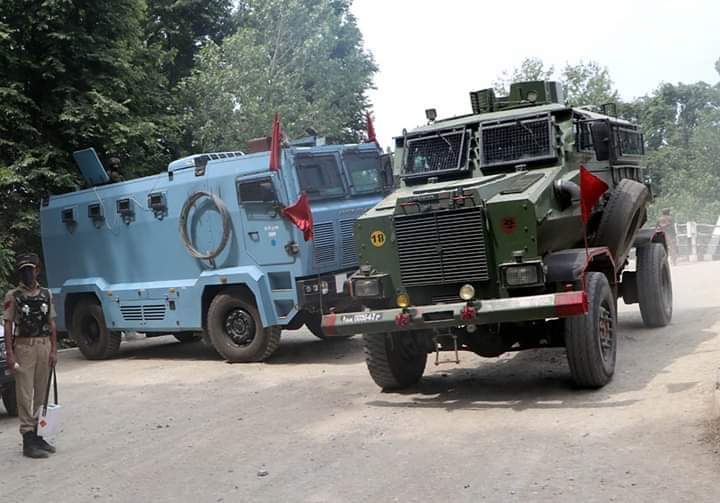 Srinagar, June 16: A top commander of Hizb-ul-Mujahideen along with his two colleagues, one of them the nephew of a former PDP MLC, were killed in a gunfight in Turkwangam area of South Kashmir’s Shopian district on Tuesday.

Sources said that a joint team of Police, Army’s 44RR and CRPF launched a cordon-and-search-operation in Turkwangam early morning.
As the joint team approached the suspected spot, the hiding militants fired upon them. The fire was retaliated by the team, triggering off an encounter in which three militants were killed.

While police said that the identity of the slain militants was yet to be ascertained, official sources identified the slain as Hizb-ul-Mujahideen district Commander Zubair Wani of Turkawangam, Kamran Manhas, nephew of former PDP MLC Zaffar Iqbal Manhas, a resident of Sharaab Kareena and Muneeb-ul-Haq of Sugan Zainapora Shopian.

Kamran Manhas had announced joining the Hizb ranks in January 2019 and a picture showing him holding an AK-47 rifle went viral on social media then. Reacting to it then, Zaffar Manhas said he was in “absolute disbelief” and that he and his family could never imagine such a thing even in dreams. Since then Zaffar Manhas left PDP and joined Jammu and Kashmir Apni party.

Kamran was the first youth from the Sharaab Kareena village to join militancy in more than twenty years. It could not be ascertained immediately if any other youth has joined the militant ranks since then.

With the fresh killings, 19 Hizb-ul-Mujahideen militants have been killed in Shopian and Kulgam district this month alone.