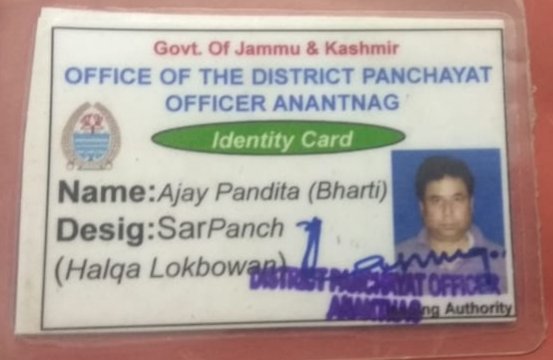 Official sources said the Sarpanch identified as Ajay Panditha of Dooru was fired upon by the gunmen near Lokbawan Larkipora.

He was rushed to Goverenment Medical College (GMC) Anantnag where he was declared brought dead.

A police officer also confirmed to GNS that gunmen killed the Sarpanch. The officer said that the area has been cordoned off and searches have been launched to nab the attackers. (GNS)