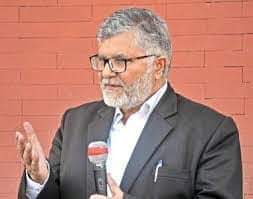 The High Court had last week held government’s arguments “legally rightful and sound” that ideology nourished and nurtured by the Association’s president Mian Abdul Qayoom cannot be confined or limited to time to qualify it to be called stale or fresh or proximate even as it rejected plea that the septuagenarian had been detained in 2010 on the same FIRs and allegations contained therein and that he could not have been detained anew on the very same allegations and on the basis of his past conduct.

“The fall out of the judgment so passed shall have far reaching consequences on detention matters of individual members of the society, leaving no scope for an individual or organization to show even little bit of dissent based on ideology of a person or group of persons,” the lawyers body said after an Executive Committee which was attended by several senior advocates, inter alia to discuss the fall out of judgment passed by division bench in the detention matter of President Qayoom.

“The judgment also left no scope to call in question the arbitrary exercise of power with a view to silence the voices of voiceless. The judgment provides a blank cheque to be encashed by executive as and when they would deem fit as (it) leads to believe in a system that thrives on punishing thoughts and belief and leaving it open for executive to act as judge, jury and executioner in total violation of the norms setup in the constitution” the association said in a statement.

“The association decided to call in question the legality and validity of judgment passed in Qayoom’s case before the apex court by filing a SLP,” the statement said.

Meanwhile, the statement said the meeting also took note of the fact that very few cases are being taken up for consideration under the category of “Extremely Urgent Matter” leaving lot of scope and time to deal with other urgent matters including liberty matters, which are “gathering dust” in the registry for want of final hearing and in the meanwhile the period of detention gets expired rendering the petitions infructuous .

“It was also impressed upon the Chief Justice to look into the grievances of the advocates about hearing of liberty and other matters and making scope for hearing cases categorised other than “Extremely Urgent matters” and period within which cases are being listed after filing be minimised , together with considering opening of courts in physical mode at earliest.”

The association also considered the taking of appropriate steps for regular opening of courts subject to guidelines to be followed.

“The difficulty faced by lawyers community in approaching the bank located within court premises be made accessible to the lawyers as is being done in case of judicial employees,” it said. (GNS)