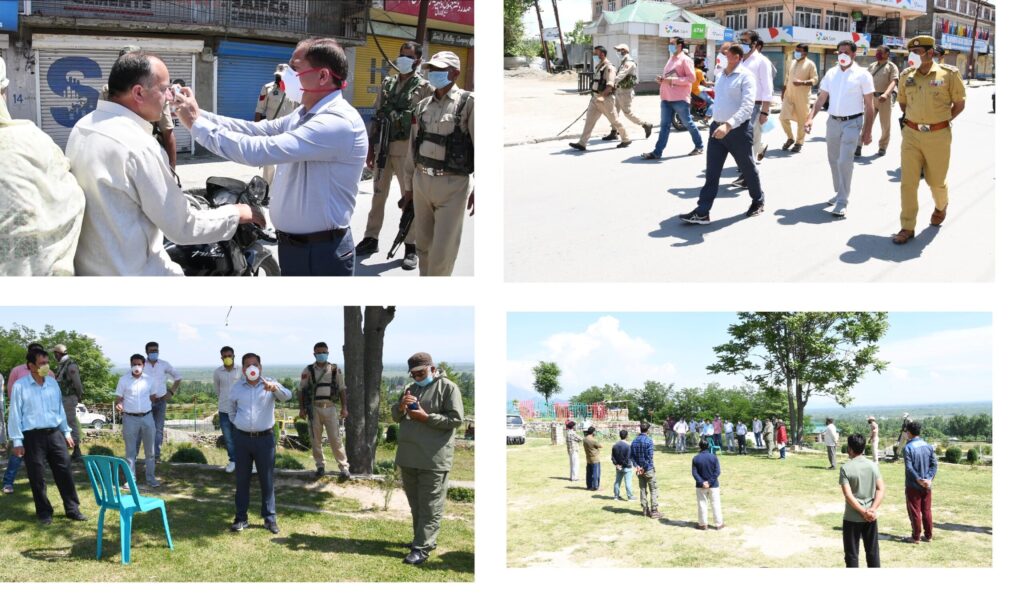 The District Magistrate has issued four separate orders for declaration of various areas as Red zones.

As per orders issued by District Magistrate Jammu, village Kalyanpur and Channi Mawallian falling under Kana Chak Police Station has been  declared as Red Zone.

According to orders, the SOP issued by State Executive Committee vide order number 38-JK-DMRRR of 2020 dated April 14, 2020 shall be applied to said villages.

These declared areas shall be under strict lock down and tight perimeter control, except for essential needs. However, for any medical emergency, individuals can contact 24X7 Control Room at 0191-2571616, 0191-2571912 and necessary facilitation shall be done.

Any violation of these orders shall invite punitive action under section 188of Indian Panel Code and other relevant sections of Epidemic Diseases Act, 1897 and the Disaster Management Act 2005.