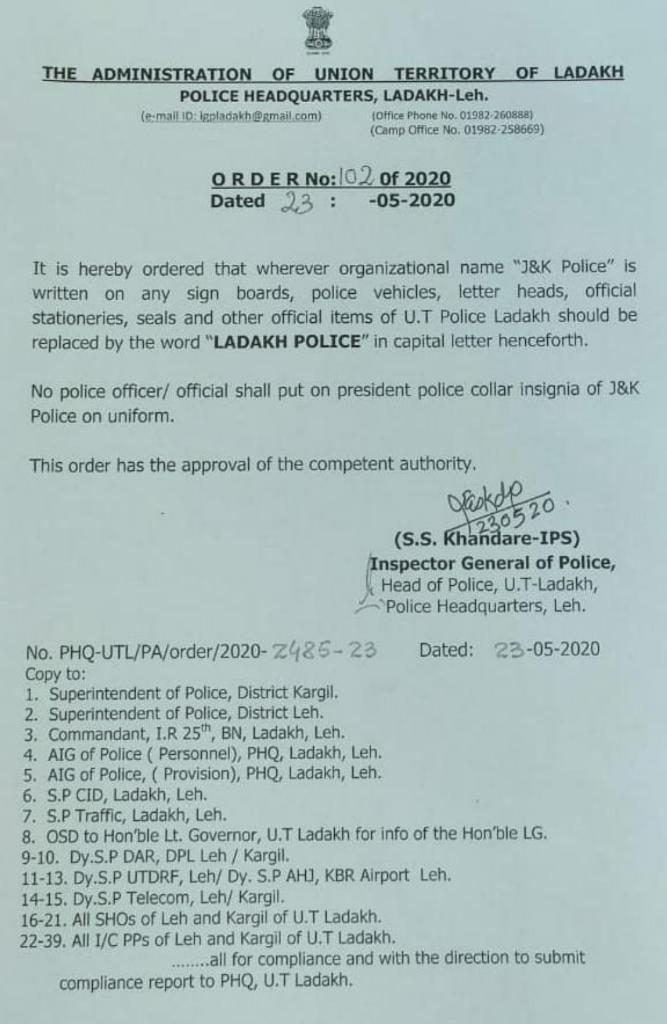 Srinagar: The adminstration of Union Territory Ladakh on Saturday has replaced the name of Jammu and Kashmir Police as LADAKH POLICE.

In an order issued today the adminstration said, “it is hereby ordered that wherever organizational name of “J&K police” is written on any sign boards, police vehicles, letter heads, official stationeries, seals and other officials items of UT police Ladakh should be replaced by the word “LADAKH POLICE” in capital letters henceforth”.

The order further reads that no police officer/official shall put on president police collar insignia of J&K police on uniform.