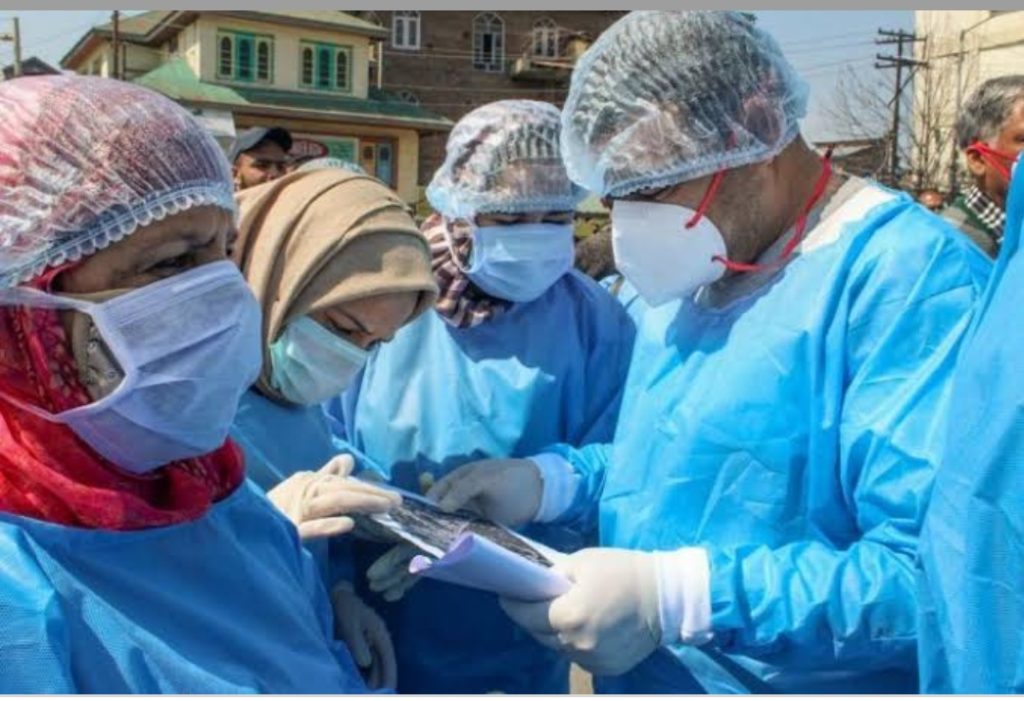 Srinagar: There was a spike in COVID-19 cases in Kashmir on Wednesday after days of relative drop off for the last few days as 27 people tested positive for the novel coronavirus.

The second-highest one-day jump in the number of cases has pushed the positive cases across Jammu and Kashmir past 400 while as 11 more patients have been discharged from the Srinagar hospitals.

Sources said that among the fresh cases, 25 were found positive at Viral Diagnostic Lab of SKIMS and two others at Chest Disease Hospital Dalgate.

Among them fourteen are from Heerpora village of south Kashmir’s Shopian district, taking the number of infected patients in the small village comprising around 1000 households to 34.

Six other cases are from Bandipora, one of the worst affected districts in the entire J&K, and all of them are from a single family. Residents of Gund Kaiser village, sources told Global News Service, they include 45-year-old man, his 40-year-old wife and their four children—14-year-old son and three daughters—16-year-old, 6-year-old and 4-year-old.

“They were already in quarantine and their samples were sent to SKIMS,” Dr Tajamul Hussain, Chief Medical Officer (CMO), Bandipora told news agency.

Four others are from Muqam-e-Shahwali Kupwara and include two females—50-year-old and 35-year-old—and two men, one aged 21 and other 17. Sources said that they are all contacts of previous patients.

The three other cases include two from Baramulla district—40-year-old of Panzinara and 20-year-old from Sopore while other is a 20-year-old woman, originally a resident of Khanpora Larnoo but is presently staying at Nowgam Shangus in Anantnag district.

Regarding 20-year-old Sopore youth, Deputy Commissioner Baramulla Dr G N Itoo said that he was already under quarantine. With regard to 40-year-old, sources said that he had visited CD hospital on his own and has been admitted there now.

Officials also informed that 11 more patients have recovered and were discharged—six from District hospital Pulwama, 3 from SKIMS Soura and two from CD hospital. Pulwama now has now case and has become the first district to be COVID-19 free after initial cases.

While overall tally has gone upto 407, there are 310 active cases—38 in Jammu and 272 in Kashmir. Five persons have died of the disease so far while others have recovered.

Meanwhile, the government informed 64089 travellers and persons in contact with suspected cases have been put under surveillance which includes 5806 persons in-home quarantine including facilities operated by government, 310 in Hospital Isolation, 252 in hospital Quarantine and 15376 under home surveillance. Besides, 42340 persons have completed their surveillance period.  (GNS)