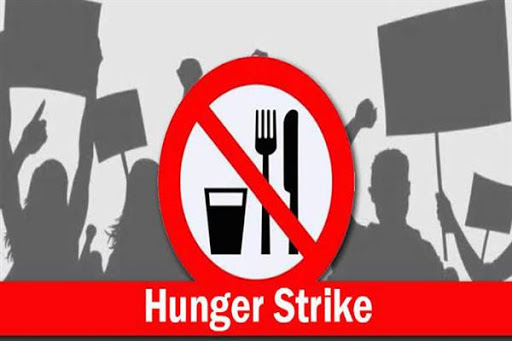 Poonch: A man who left a quarantine center amid a police presence in Poonch district of Jammu and Kashmir was later brought back to the facility by the cops and was allegedly manhandled following which he has gone for a hunger strike.

A police officer said that the person (name withheld), a resident of Sarnawali Bhati Gulhta, Mendhar, “fled” from the quarantine center in his vehicle (JK08D-4356) on Tuesday morning.

The man according to police had arrived in Poonch yesterday from SKIMS Srinagar and was placed in the administrative quarantine.

Immediately, a police team led by Station House Officer (SHO) under the overall supervision of Sub Divisional Police Officer Mendhar swung into action and traced the person and brought him back to the quarantine facility, he said.
The officer said a case has been registered against the man as he negligently and deliberately left the quarantine center increasing the risk of spreading the disease.

However, the man said that when he left the quarantine center in the morning he was not stopped by the police manning the gate.

The man accused police of manhandling him in front of Naib Tehsildar Mendhar and doctor besides the other people present at the quarantine facility when he was brought back.
The man has now gone on a hunger strike to protest the “beating and humiliation” by the police.

BMO also raised a query as to why the policemen on duty did not stop the man from leaving the center, sources said.

Superintendent Police Poonch Ramesh Angral said that he had ordered an inquiry and if police were found to have manhandled the person “departmental action will be taken.” (GNS)