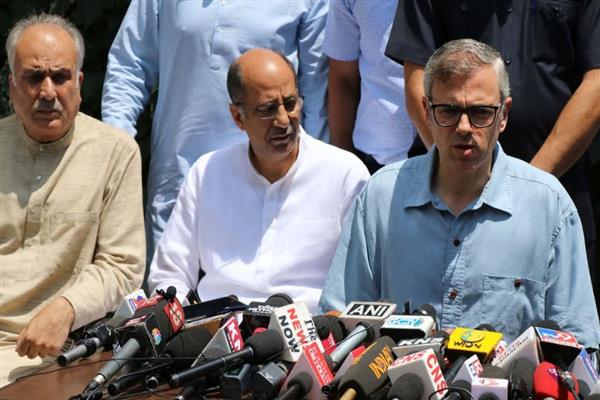 Addressing a presser at his Gupkar residence after meeting the Governor Satya Pal Malik, Omar said, “The Governor assured the delegation led by me that nothing will be done with regard to the Article 370 and Article 35A of the Constitution, delimitation or trifucation.”

The delegation according to Omar met the Governor to seek details about the present situation on ground following the recent orders that as per him created uncertainty among the people.

The NC leader said the orders issued by the government from last two three days has led to the chaos in the Valley, stating that the advisory asking tourists and yatris to return home has further worsened the situation.