A police spokesman in a statement said that police station Chadoora acted on various complaints received during recent past, from complainants wherein one Maruti 800, Motor Cycles, Mobile phones, and some provisional items were stolen by some unknown burglars. 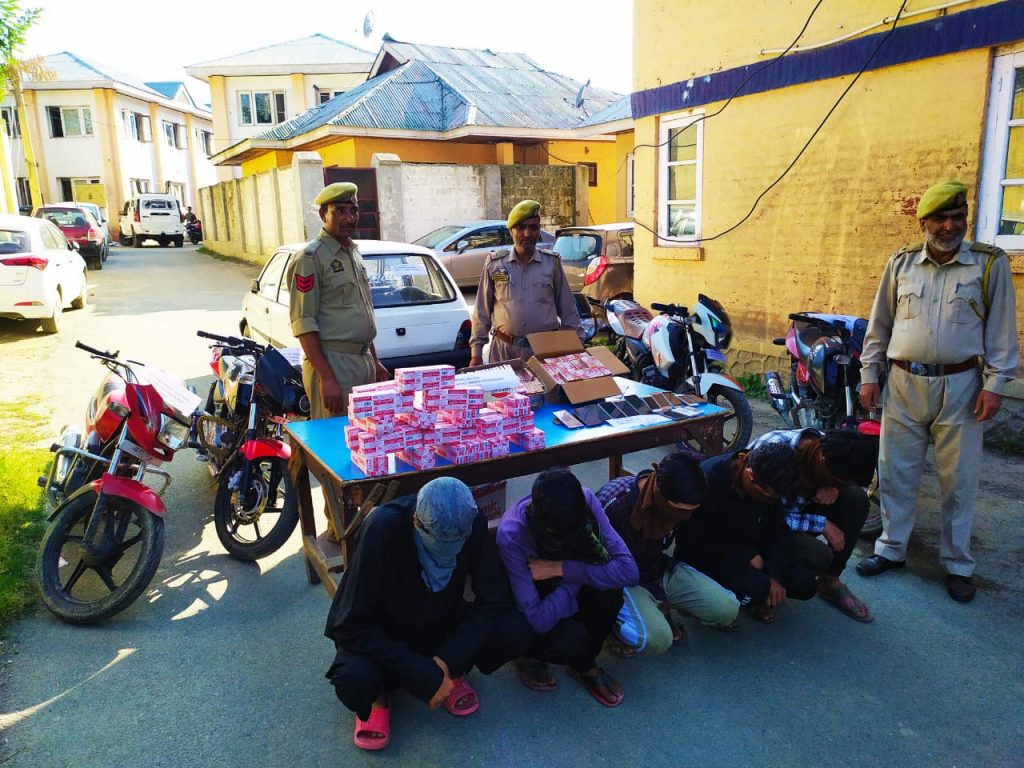 “SDPO Chrar-e-Sharief constituted anti-burglary squad to crack the cases,” he said adding “in a swift development, eight cases were worked out under the close supervision of SHO Chadoora and five persons were apprehended for questioning subsequently.”

“On their instance, one Maruti 800 car, 5 motorcycles, mobile phones and provisional items worth 6 lakh rupees were recovered,” he said.