Tinkering with Article 35A will be like setting powder keg on fire: Mehbooba Mufti 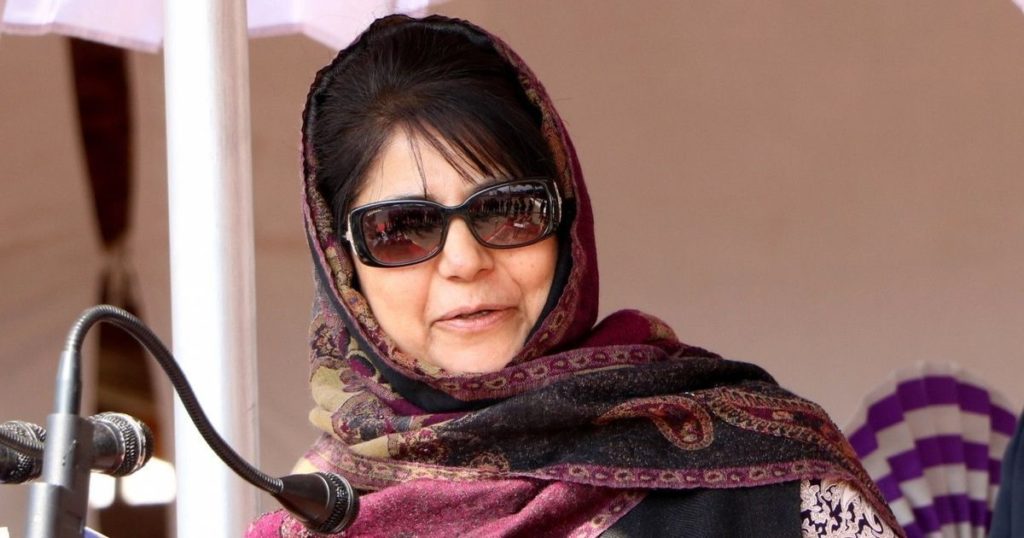 Srinagar: Former Jammu and Kashmir chief minister Mehbooba Mufti warned the Centre on Sunday against the revocation of Article 35A, saying any tinkering with the constitutional provision would be akin to setting a powder keg on fire.

Addressing a function here to celebrate the Peoples Democratic Party’s 20th raising day, Mufti asked her party workers to get ready for a big fight for the protection of Article 35A, which gives special rights and privileges to the state’s permanent residents.

“We want to tell the Central government that tinkering with Article 35A will be akin to setting a powder keg on fire,” the PDP president said. “If any hand tries to touch Article 35A, not only that hand, but that whole body will be burnt to ashes.”

Mufti said they would fight till death any attempt to tinker with the state’s special status.

The former chief minister said many attempts would be made to harass the PDP and its leaders. She said New Delhi knew the PDP was the “only party” that “stands like a wall” to protect the state’s special status and identity.