Doda: A woman was killed while her son suffered injuries after a landslide hit a residential house in Doda district on Saturday.

Reports said that at least 25 sheep also perished in the incident which occurred in Baggar area of Tehsil Assar in the mountainous district at around 6 am. 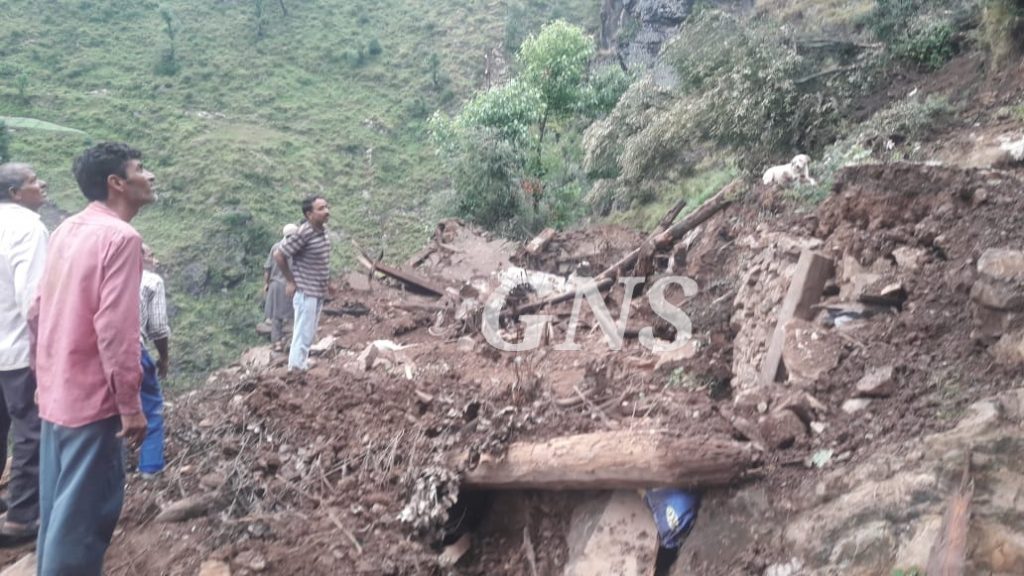 They said that owing to overnight rains, landslides hit the mud house and it collapsed, resulting in injuries to mother and son. Locals launched a rescue operation and removed the duo from debris and shifted both of them to Primary Health Centre Assar from where they were referred to GMC&H Doda for advanced treatment.

However, the woman Acheri Devi succumbed to injuries while her son Mishar Das is undergoing treatment.

Meanwhile, reports from Lolab Kupwara in north Kashmir said that during the intervening night of 26 and 27 July, a cow shed belonging to Ghulam Hussain Khatana son of Sardar Muhammad Khatana collapsed at Taryan Doban area in which four cows, two bulls and seven sheep died on the spot.

In south Kashmir’s Pulwama district reports said that nearly 100 sheep perished during the intervening night due to cloud burst at Brari Angan area of Tral. (With inputs from GNS)