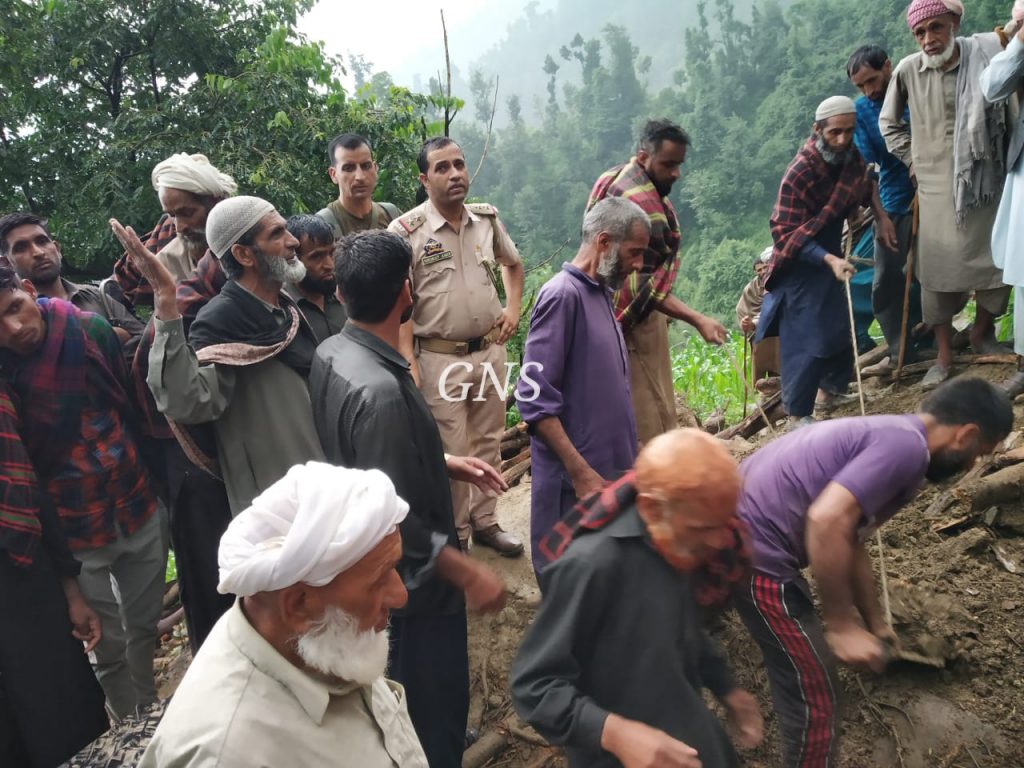 Poonch: A school warden was swept away by overflowing water of a river in Mendhar area of Poonch district after heavy rains, officials said on Friday.

They said Ansar Fatima wife of Master Mohammad Farooq of Souyian Dhargloon drowned when she along with her 10-year-old daughter were crossing a river called as Suyian Nalla at after 5 p.m. They said there were heavy rains in the Mendhar area, causing the river to overflow.

As soon the woman was swept away, the locals later joined by police launched a rescue operation and recovered the body of the woman about 200 meters down from the river. Her minor daughter Sadia Farooq was rescued and removed to nearby health facility.

The rescue operation was overseen by SDPO Mendhar Neeraj Padyar who rushed to the spot soon after receiving the information, they said.