Anantnag: Despite being declared unsafe by the authorities in 2015, the Maternity and Child Hospital in Anantnag continues to operate from a dilapidated building in Sherbagh locality of the south Kashmir district.

Sources revealed to The Kashmir Press that in January 2015 the then Director Health Services, Dr Saleem-ul-Rehman and Chief Medical Officer (CMO), Dr Fazil Ali Kochak ordered the shifting of the hospital to a spacious old District Hospital building.

However, merely 24 hours after the hospital was shifted, the chemist shop owners and other shopkeepers dealing with surgical and other health-related items approached a known Peoples Democratic Party leader and former chief minister Mehbooba Mufti’s maternal uncle, Sartaj Madni pleading him to get the hospital shifted back to Sherbagh.

Sources said that Madni halted the shifting process, saying that it was against the financial and political interests of a handful of his party workers.

A top source in the hospital told The Kashmir Press that the chemists, many of whom were allegedly close to Madni and PDP loyalists, used the political influence and immediately halted the shifting of the hospital. 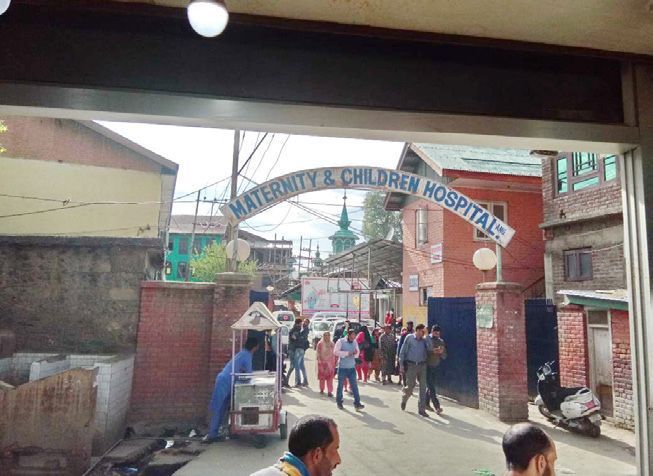 They said such was the pressure on the CMO that he had to shift back the equipment to the old hospital overnight using tractors.

“Medical superintendent knew that if the hospital was shifted to old district hospital he will cease to be MS. Chemists and shopkeepers opposed the decision as they knew the move will affect their businesses. The net result was that that political interference and financial interests halted the shifting of the hospital,” a source said.

MCH caters to the population of not only four southern districts but also parts of Jammu as well including Banihal and Kishtawar.

During the last five years, MCH has often been in news for wrong reasons.

After the death of a pregnant woman recently in the hospital due to alleged medical negligence, the hospital administration came under severe criticism from many quarters.

Amid public anger over the frequent cases of medical negligence in the hospital, the para-medical staff posted at the facility supported by local chemists and other shopkeepers on Monday held protests in the hospital premises. While as the Para-medics demanded an end to the attacks on the hospital staff by the attendants, local shopkeepers protested against the proposed shifting of the hospital.

“If thousands of patients from the rest of the southern region are suffering it is because of Madni’s political ambitions and the then Medical Superintendent’s selfishness. Had the hospital been shifted, the infrastructure and staff strength of the hospital would have been much better,” the MCH officials said.

Later when a section of the press continued to highlight how the shifting of the hospital was politicized, top officials of the department paid many visits and recommended shifting of the health centre.

In 2017 former chief minister and PDP President Mehbooba Mufti took over a private under construction, Rahmat-e-Alam hospital in the district, along with its assets and liabilities and ordered shifting of the MCH there. According to the hospital sources, the move followed after suggestions of the chemists who had already hired the shops in the area.

“Since Janglat Mandi area where the hospital had been shifted by CMO earlier was congested, the chemists were unable to hire shops there and suggested Mehbooba shift the hospital to Rahmat-e-Alam,” hospital sources claimed.

Despite repeated attempts by The Kashmir Press Sartaj Madni did not respond to calls.

Meanwhile, a PDP spokesperson declined to comment on the issue and said that Madni is the only appropriate person to speak to.