Srinagar: The incessant rains since Thursday morning has left scores of areas in Srinagar city waterlogged leaving the residents fuming.

The rains continued to lash across Valley since the morning hours of Thursday. 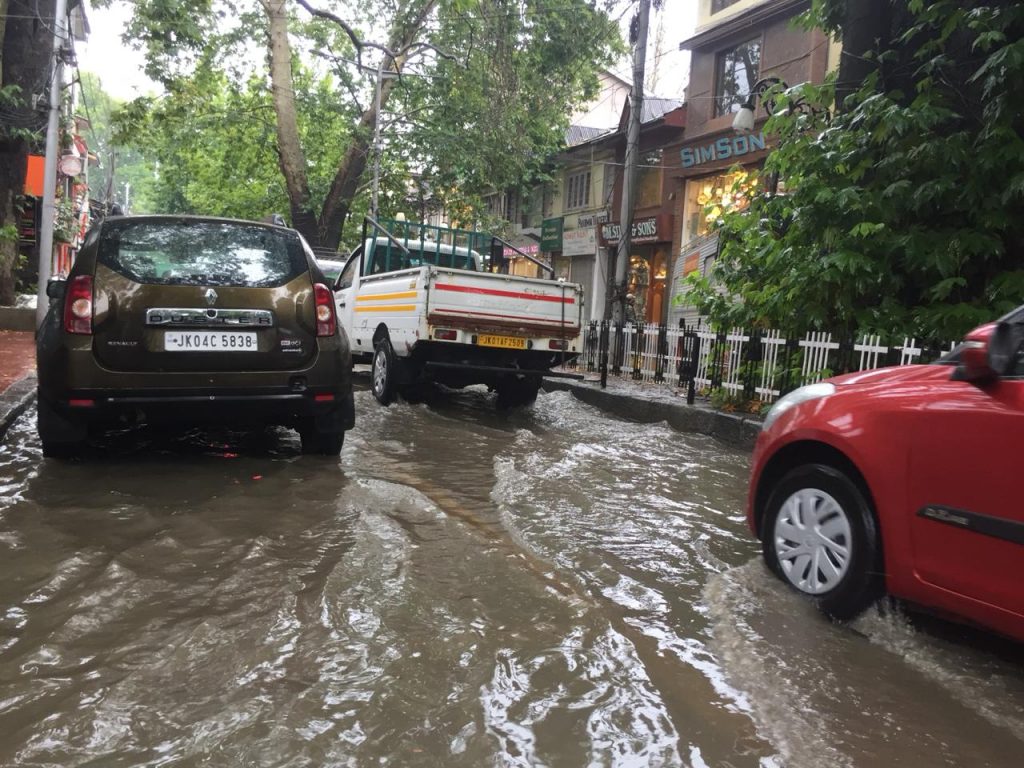 Reports poruing in from various parts of the city said that the rains have left vital roads and junctions submerged while the district administration is apparently helpless to drain out the waters.

The accumulation of water on the roads has led massive traffic jam in the city areas, witnesses said. 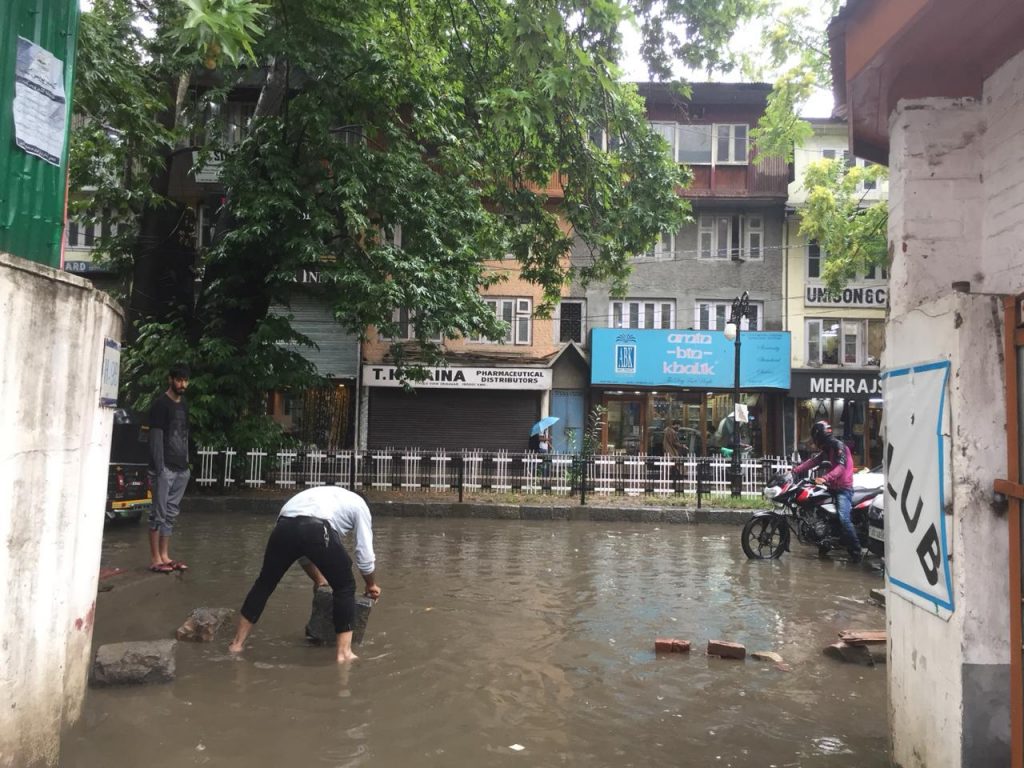 The commuters said that they are facing immense hardships due to the submerging of various areas, appealing the authorities to look into the matter at an earliest.

Although the Srinagar Municipal Corporation (SMC) has deputed dewatering pumps in uptown areas, but so far it has failed to dewater the areas.