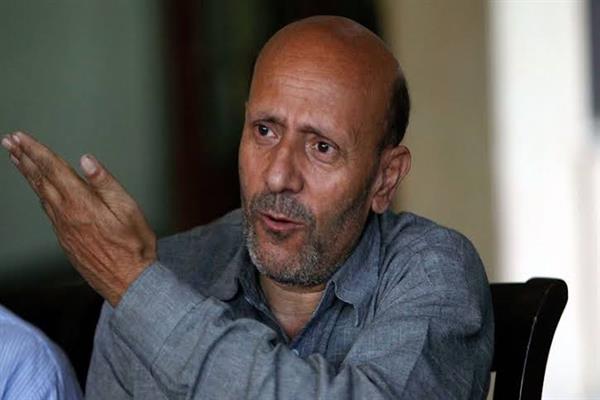 Srinagar: Urging Delhi to understand the significance of resolving Kashmir issue, AIP president Er Rasheed has said that it is strange and horrible to see US President Donald Trump and Indian Government contradicting each other.

In a statement issued today, Er Rasheed said that not only India and Pakistan but entire world community must understand the significance of resolving Kashmir issue and all should accept that people of J&K have a right to live with honor and dignity and their political rights must be accepted.

Er Rasheed said, “It still looks nice when Indian foreign Minister S Jay Shankar claims J&K to be a bilateral issue between India and Pakistan and cites Shimla, Tashkand and Lahore declaration to authenticate the claim but unfortunately in real terms. New Delhi has never moved even an inch towards resolution and the two countries have preferred to forget about sufferings of people of J&K. Not only Kashmiris but people of India have a right to know that why New Delhi’s stand is always confusing on Kashmir, as on occasions New Delhi claims that J&K issue does not exist at all but when finding itself cornered it claims J&K to be a bilateral issue. The bitter fact is that New Delhi has a history of broken promises and sees Kashmir through colonial mindset”.

Er Rasheed lashed out at National opposition parties especially Congress and others for making hue and cry over Donald Trump’s revelation that PM Modi had desired US mediation.

He said, “Congress should not forget that it was Jawahar Lal Nehru who went to United Nations and promised plebiscite time and again even in historic Lal Chowk. Rahul Gandhi must understand that he will not come to power by opposing every move taken by PM Modi to resolve Kashmir issue. In Kashmir Congress talks of the resolution but when Modi visits Lahore, Congress tries to prove itself more ultra-nationalist and anti-Kashmir and anti-Pakistan than BJP. How can Donald Trump be so irresponsible that he revealed about Modi’s desire asking US to mediate on the resolution of Kashmir issue? Whatsoever Trump and Modi might have talked, it is the domestic pressure from Congress and other parties forcing the current Government to contradict Donald Trump’s claim.”

Er Rasheed appealed all political parties at the national level not to make J&K issue part of their larger electoral politics and must understand that Kashmir issue has become more a human problem than anything else as from Men in uniform to militants and from common man to political workers precious lives are getting lost every day.