The hotel is located just few yards away from the murmuring waters of Lidder near rafting point Movura.

The huge hotel with nearly two dozen luxury rooms is one among dozens of hotels constructed close to Lidder waters in violation of the norms, few years ago.

After the completion of the hotel the area was brought under the jurisdiction of Pahalgam Development Authority and all the commercial establishments that had come up at ecologically fragile spot were declared illegal, sources in PDA said.

After completing the construction of the huge hotel, sources said, the hotel owner approached the tourism department seeking licence for commercial operation. The tourism authorities, however denied the registration.

“The hotelier after being denied NOCs by different departments like Fishries and Irrigation and Flood Control Department which are mandatory for issuance of tourism licence, started operating illegally without giving a damn to the norms,” sources said. 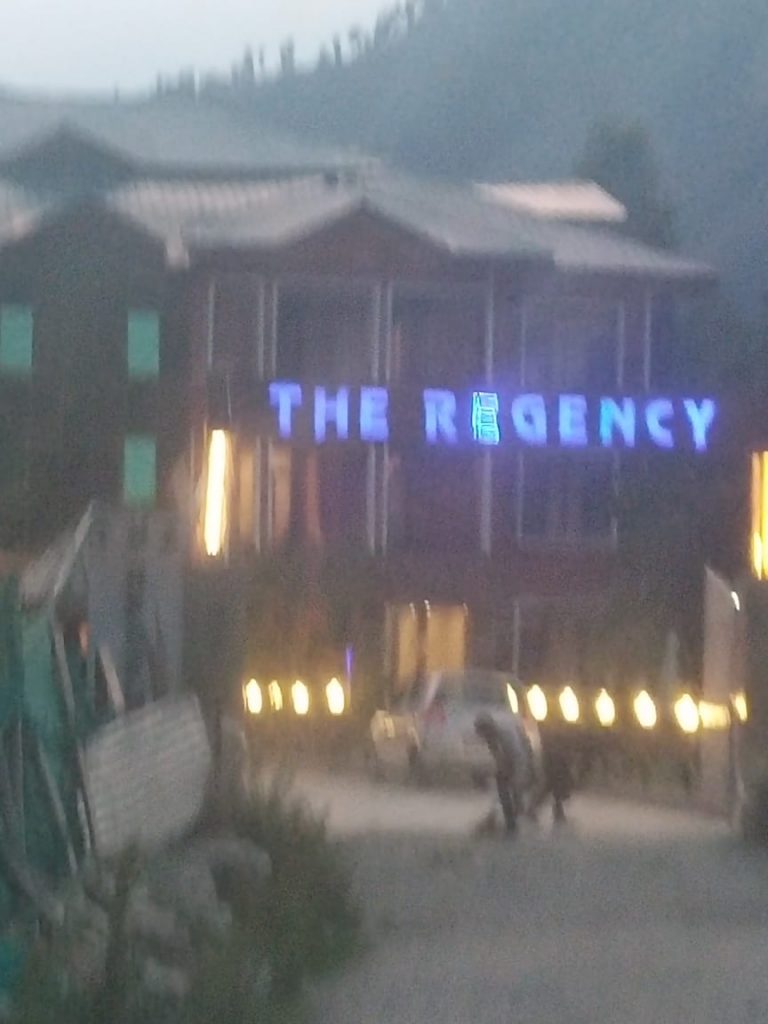 Three years ago, a source said, the hotel was sealed by the tourism officials for operating illegally but only a few days later the said hotelier managed to get his hotel unsealed and resumed the business.

The Regency does not have a proper sewage treatment plant for the disposal of the solid and liquid sewage produced.

“The hotel has around twenty rooms and is located few meters from the river waters. So before going for construction of such a huge commercial establishment the hotelier should have constructed STP for treatment of the sewage. The illegal hotel remains occupied almost every night and produces huge amount of sewage which is emptied into Lidder,” sources told the Kashmir Press.

The hotelier besides disregarding the norms by carrying with illegal business is not also bothered about damaging the environs of the area.

“We wonder how the different agencies meant to protect the Lidder river are allowing these hoteliers to polllute Liddder which is the source of drinking water for lakhs of people living along its banks,” a local asked.

Pertinently, secretary tourism a couple of weeks ago had assured action against the hoteliers in the area violating norms but no action has been taken so far. The top officer’s inaction despite his assurances has created doubts among the minds of registered hoteliers of Pahalgam and environmental activists concerned about the environmental degradation.

“We wonder why the tourism authorities are not touching these illegal hoteliers at Movura despite knowing that they are operating illegally,” said a registered hotelier of Pahalgam who is associated with tourism sector for over two decades.

Accepting that the hotel operates “illegally” since the tourism department has not issued a licence for operating, the hotel of the owner said Siraj Ahmad Bhat said that the hotel was constructed way back when there was no Pahalgam Development Authority (PDA).

He said that his hotel has a proper plant for treatment of sewage.