Islamabad: Nearly a dozen people lost their lives and almost 70 others sustained injuries in Pakistan’s Punjab on Thursday as a result of a deadly collision between passenger and freight trains, local media reported.

The trains collided at around 0400 hrs local time on Thursday, the passenger train was heading towards southwest Quetta city from eastern Lahore when it collided with the freight train at the Walhar railway station in Rahim Yar Khan of Punjab province.

A total of 11 people were killed while 67 others, including 11 children suffered injuries. 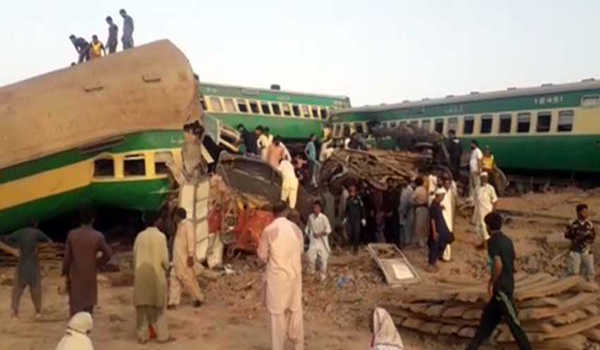 A rescue operation was being carried out to help people get out of the wrecked train and recover the victims’ bodies.

Up to four passenger cars have derailed as a result of the collision, Police said.

Doctors said the death toll might further rise as several among the injured were in critical condition.

Pakistani Railways Minister Sheikh Rasheed Ahmed said in comments to the broadcaster that the collision had been caused by negligence.

The minister added that an investigation into the accident had been launched.