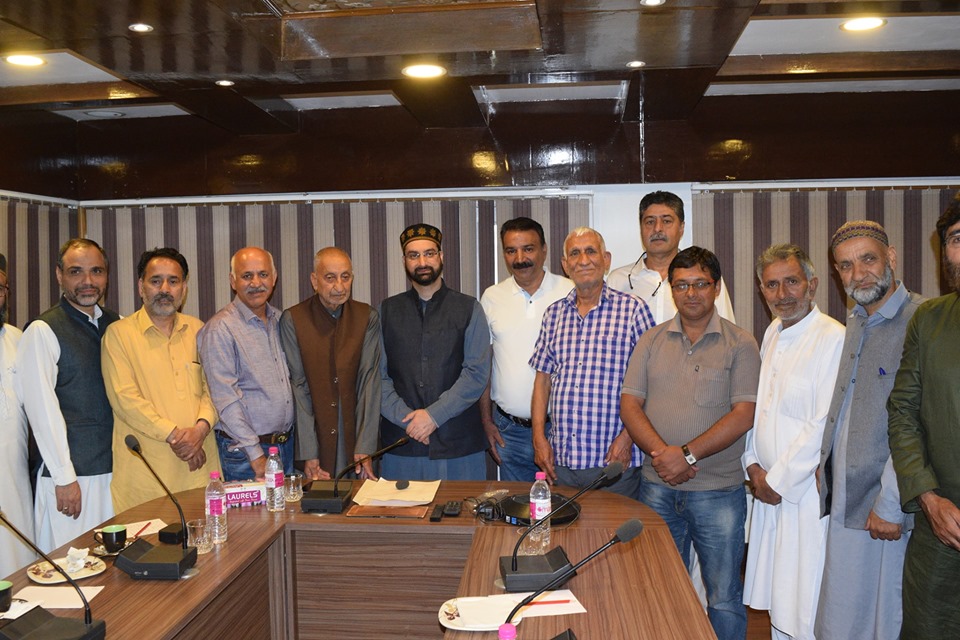 Srinagar: The Hurriyat (M) has decided to form a committee that would take the process forward to facilitate Kashmiri Pandits

The decision was taken after a a delegation of Kashmiri Pandits led by Satish Mahaldar met the Hurriyat (M) leaders at the Rajbagh office.

The meeting was in continuation of the previous meeting the delegation had with Mirwaiz Umar Farooq at his residence last month regarding the return of Pandits to Kashmir and initiating a sustained inter-community dialogue to build mutual trust, according to hurriyat statement.

The statement read that the meeting was very cordial and all Hurriyat members assured the delegation of their deep desire and that of the Muslims of the valley to see Kashmiri Pandits back in Kashmir.

“It was decided that the suggestions given by the delegation will in all sincerity and seriousness be discussed with a broad cross-section of society including civil society members, religious organizations, those Kashmiri Pandits already staying here and others in order to make it inclusive and broad-based,” the statement said.

“In this regard, the decision to form a committee was taken that would take the process forward to facilitate Kashmiri Pandits early return. The delegation thanked APHC and lauded its efforts”.