Two people were killed and one was injured when a man opened fire at Lahore’s Allama Iqbal International Airport on Wednesday.

The incident took place at the arrival/waiting area outside the main airport building. Footage shows the deceased man lying on the floor with two women sitting next to the body, Dawn reported. 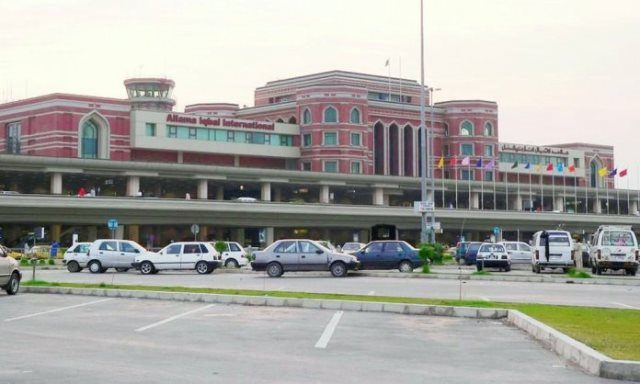 SP Cantt Safdar Raza Kazmi confirmed the casualties of the incident. One of the deceased was initially taken to the hospital in critical condition.

Based on initial reports, the firing was over a personal dispute, added the SP. Further investigation is underway.

A forensic team has reached the site while entry and exit points to the airport have been closed. After receiving reports of the incident, a large contingent of police and Rangers personnel reached the airport.

According to SP Qazi, two suspects, identified as Arshad and Shan, have been taken into custody.