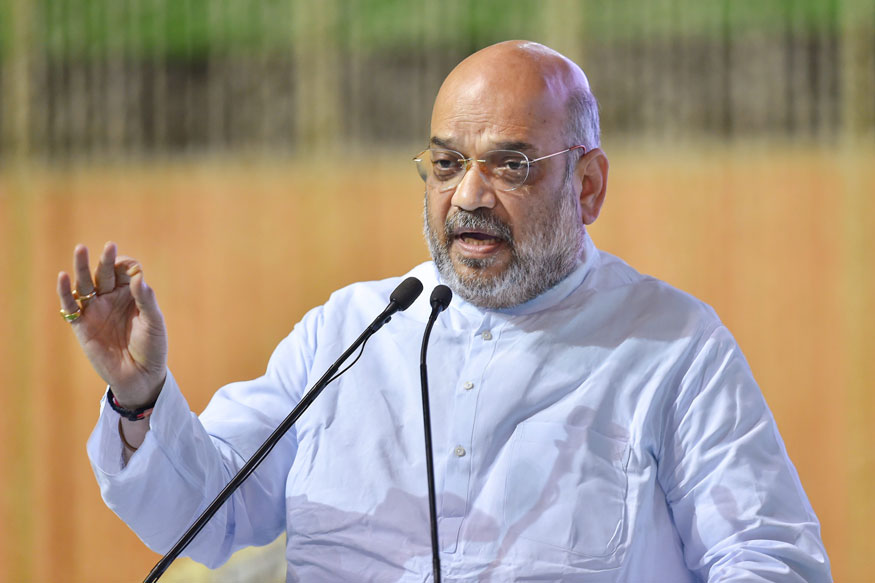 Official sources said that Amit Shah is likely to co-chair a meeting of Unified Command with governor Satya Pal Malik. The meeting is likely to be attended by K. Vijay Kumar, Advisor to Governor; BVR Subrahmanyam, Chief Secretary, besides top police and army officers.

Also, sources said, he will have a one-on-one meeting with governor, Satya Pal Malik at Rajbhawan here besides he will pay obeisance at the Amarnathji Shrine during his visit.

The 46-day long annual yatra to the holy cave shrine of Amarnath in South Kashmir will commence on July 1 (the day of Masik Shivratri) and would conclude on August 15, the day of Shravan Purnima.

The annual pilgrimage starts from Srinagar and Pahalgam and ends at the Amarnath cave temple which is located at an altitude of 3,888 metres, about 141 km from Srinagar.

The yatra attracts lakhs of pilgrims every year who visit the site during Shravani Mela in July-August (Shravan month in Hindu calendar).  2,85,006 visited the shrine in 2018, according to Shri Amarnath Shrine Board.

Shah will also address BJP workers and Panchayat members separately during this visit, the sources added.

Meanwhile, in wake of the Shah’s visit, security has been heightened across Kashmir Valley particularly in summer capital of Srinagar.

On Tuesday CRPF men were seen frisking people and checking documents of vehicles.

“Normally police is seen checking documents of vehicles and I was astonished that CRPF was doing it without the presence of police personnel either from traffic or executive wings,” said a local who was asked to show his documents by paramilitary forces near Lalmandi crossing.

Meanwhile traffic police has issued an advisory by announcing diversion of traffic through SKICC and other routes on June and 27. (GNS)