We condemn terrorism including state terrorism against people under illegal occupation: Imran Khan at SCO Summit

Pakistan Prime Minister Imran Khan on Friday, while addressing a meeting of the Shanghai Cooperation Organisation (SCO) summit, said that Pakistan condemns terrorism in all forms including state terrorism against people under illegal occupation.

“We are among the few countries to have successfully turned the tide against terrorism,” PM Imran stated, adding: “Pakistan remains ready to share its experience and expertise in counter-terrorism. We will also remain actively engaged in SCO’s counter-terrorism initiatives.”

The Pakistan premier said that there were threats from terrorism to climate change to narcotics to bacterial resistance. Additionally, he said there were increasing barriers to open trade and innovation as well as growing intolerance and Islamaphobia, which were “threatening to accentuate religious fault-lines”.

Imran said the China-Pakistan Economic Corridor (CPEC), which he noted was “the flagship project of President Xi’s far-sighted Belt and Road Initiative”, is fast reaching fruition. 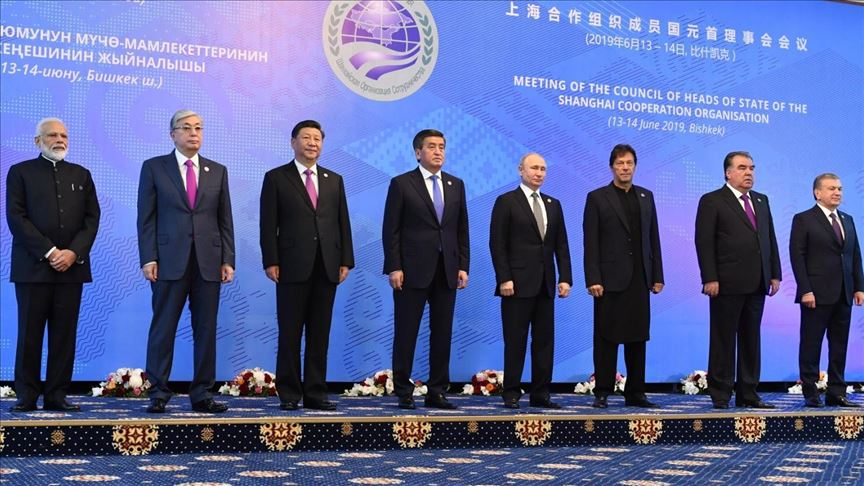 “Gwadar Port, at its southern end, marks the only point of convergence of the maritime Belt and the overland Road.”

“In time, CPEC is destined to catalyse the creation of an integrated pan-Asian sphere of shared prosperity,” he added.

Prime Minister Imran said that the world was seeing the “advent of a multi-polar global order” for the first time in ages.

“Epicentres of economic power and growth momentum are shifting eastwards,” he said, adding: “Regional integration is speeding up. Disruptive technologies are maturing.”

“SCO’s support for post-conflict Afghanistan will remain crucial,” he said while appreciating the contributions being made by China, Russia and Afghanistan’s immediate neighbours to the process.

Prime Minister Imran noted that South Asia continued to be challenged by “common enemies” of poverty, illiteracy, disease and under-development.

“Enduring peace and prosperity in South Asia will remain elusive until the main dynamic in South Asia is shifted from confrontation to cooperation.”

“It is important to seize the opportunities for peaceful resolution of outstanding disputes and collective endeavours for regional prosperity.”

The premier joined the SCO members in urging all parties in the evolving situation in the Gulf and the Middle East to “exercise restraint, take steps to de-escalate the situation and find solutions through diplomatic means”.

“We believe implementation of the Joint Comprehensive Plan of Action by all parties is essential for international and regional stability.”